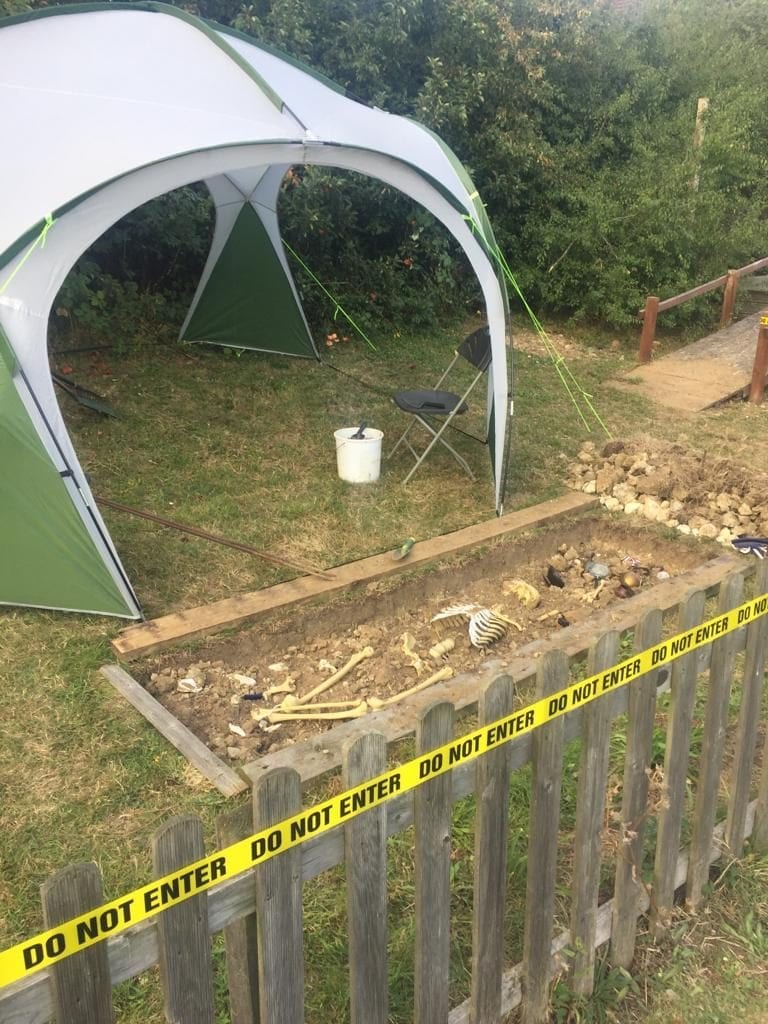 CURIOUS children from Freshwater Primary academy in Harlow arrived at school to find the remains of an archaeologist buried in the grounds.

The children found a pile of bones along with artefacts including Roman coins, Egyptian trinket boxes, war medals, jewellery and decorated china pots all in the grounds of their primary school.

The discovery inspired all year groups to carry out their own work, including Year 3 writing letters to the lead archaeologist to find out more information about what they had found.

Headteacher Jackie Diggle said: “Last year, a genuine discovery was made in the school grounds of an ancient coin. Off the back of that, we decided to set up a hook for the children by saying we had got archaeologists to check the rest of the site”.

Mrs Diggle added “Along with the remains, the children found a whole haul of different artefacts from various periods which led them to believe this was the body of an archaeologist”.

“Teachers were then able to take the story down whatever paths they wanted to with their classes, with some putting together historic timelines and others discussing what it would be like to be an archaeologist and how they may have ended up in this area.

“The discovery really hooked the children in and they created some amazing writing around it.”

Not only did this encouraged the children to get involved in archaeology but also history as a subject as the findings have increased their knowledge in an unusual way.