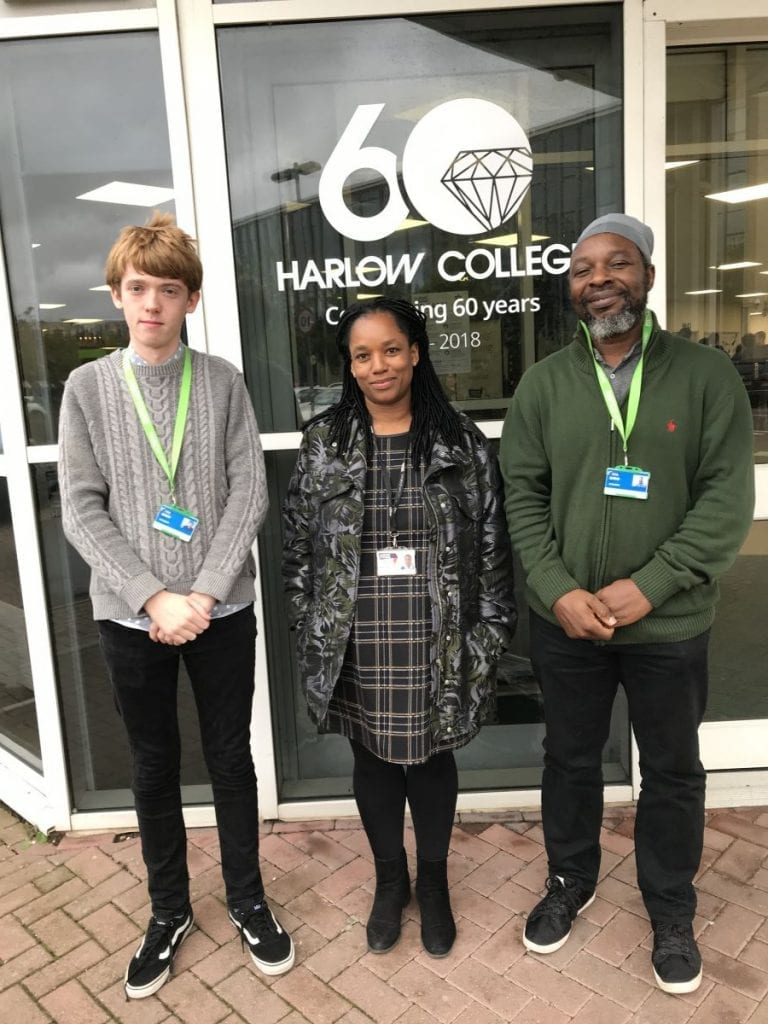 Each October Britain holds Black History Month in which people are encouraged to learn and appreciate other’s and their own differences and ethnicities.

Harlow College makes a special effort at this time of year to ensure students and staff are able to talk about how they feel and learn about revolutionary black people from the past and the present.

Maria Staines, manager of sport and protective services and Sallyann have both been at the college for over a decade and have seen a huge shift in the amount of ethic students attending Harlow.

Sallyann said that when she started 28 years ago, Vietnamese boat people were the main ethic group and she had just one Asian student. She added “Today there is a whole different demographic”.

She then went on to say “We want everyone to know that Harlow College is a safe place to come, to learn, to develop and to be who they are. Harlow students have different backgrounds and cultures, reflecting modern Britain”.

Maria mentioned how she initially felt uncomfortable when she began working at the college because she was the only black woman. She was approached by students who felt the same and even considered leaving because they felt isolated.

Although the situation as improved considerably since then Maria said “I would like to see more events promoting different cultures”.

During Black History Month students at Harlow have been shown a video in their tutorials which aims to educate everyone on cultural differences and to be more understanding.

Sallyann said “We are all the same people, we begin to understand difference when we walk in someone else’s shoes.”