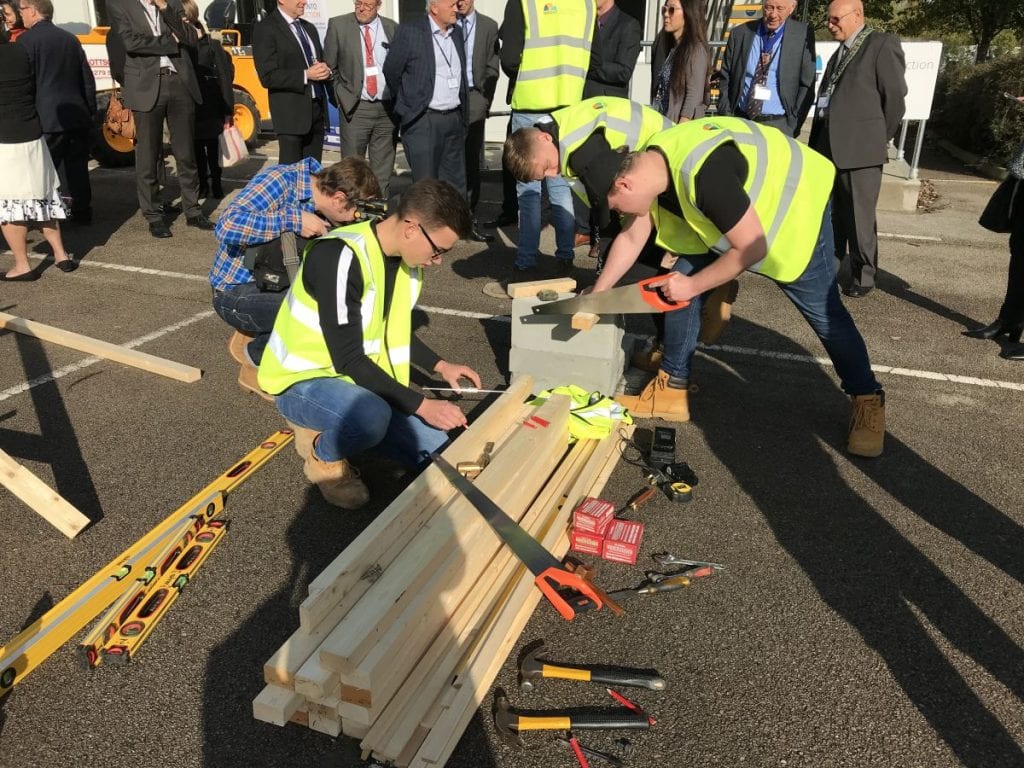 HARLOW has been given a huge jobs boost with the opening of a Construction Skills Centre, at the £450m Public Health England Pinnacles site .

Set on a 40 acre site, the centre will teach people of all ages different courses within construction so they have an opportunity to go into full-time work and help build and contribute towards society.

The centre is a partnership between Harlow College, PHE, Job Centre Plus, the Construction Industry Training Board and the three main contactors- VolkerFitzpatrick, Kier and Wates, who are receiving funding from the Government and local councils.

Up to 1,000 people are expected to study at the centre over the next year and the partners hope they will then be recruited to work on major construction projects planned for the town in the future, including the PHE campus.

Martin John, the director of the PHE science hub programme, said “We hope the centre is a clear signal of our strong desire to work with partners in the town and to be a vital member of the Harlow community.

“We have three of the largest construction companies in the country working with us. They will be able to offer a massive amount of knowledge and experience to the hundreds of people either training or working on the site.”

The skills centre is situated opposite to the site where PHE is currently being developed. This gives those who are studying on construction courses the opportunity to see where their potential next job could be.

It is expected  that by 2025 around 2,750 people will be employed working at the campus with a significant number from the Harlow area, which will help boost the local economy.

The campus will eventually see up to 10,000 construction related jobs being created. It comes as 21,000 new houses are expected to be built in Harlow as well as the new hospital, within the next 10 years.

Harlow MP Mr Robert Halfon said “With the upcoming move of Public Health England to Harlow, our town is fast-becoming the health-science capital of Europe and, already, Harlow is reaping the benefits of their move.

“Not only will it bring a significant number of jobs to our town, but during the construction phase hundreds of residents of all ages will be either trained or employed at the site and that work will continue on other schemes in the future.”

Andrew Parker, a current student at the new centre said “I suffer from a lot of depression as I am currently unemployed so this course has given me the opportunity to get out and do something which will financially help me.”