Roydon Primary students take to the stage at Harlow Playhouse 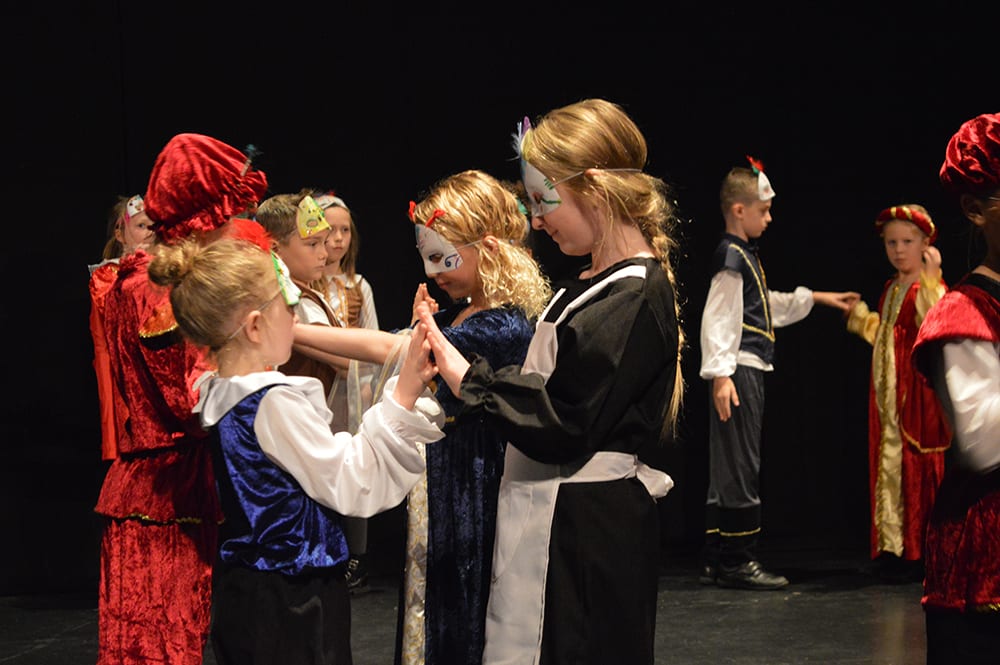 PUPILS from Roydon Primary Academy got the chance to perform on the professional stage when they took part in the Shakespeare schools festival.

Year 4 pupils performed Romeo and Juliette at the Harlow Playhouse in front of an audience of almost 400 people.

Archie Jones, who played Lord Montague, said: “This show helped me to get over my shyness and acting in front of people.”

Fellow cast member Francesca Webb, who played Tybalt, said: “The experience has made me realise that I can push myself further in life.”

Class teacher Whitney Watson said: “Every child has been working extremely hard over the last few weeks to learn lines and bring the performance to life. Throughout the entire process, they showed a great deal of enthusiasm, dedication and hard work.

“The final performance was incredible! They showed bravery and confidence on a professional stage in front of an audience of almost 400 people. It was remarkable achievement from these young people performing alongside three secondary school casts.

“They showed a great understanding of the challenging Shakespearean language and created a thoroughly enjoyable performance. The school are very proud of everyone and thankful to all the parents who came to show their support.”