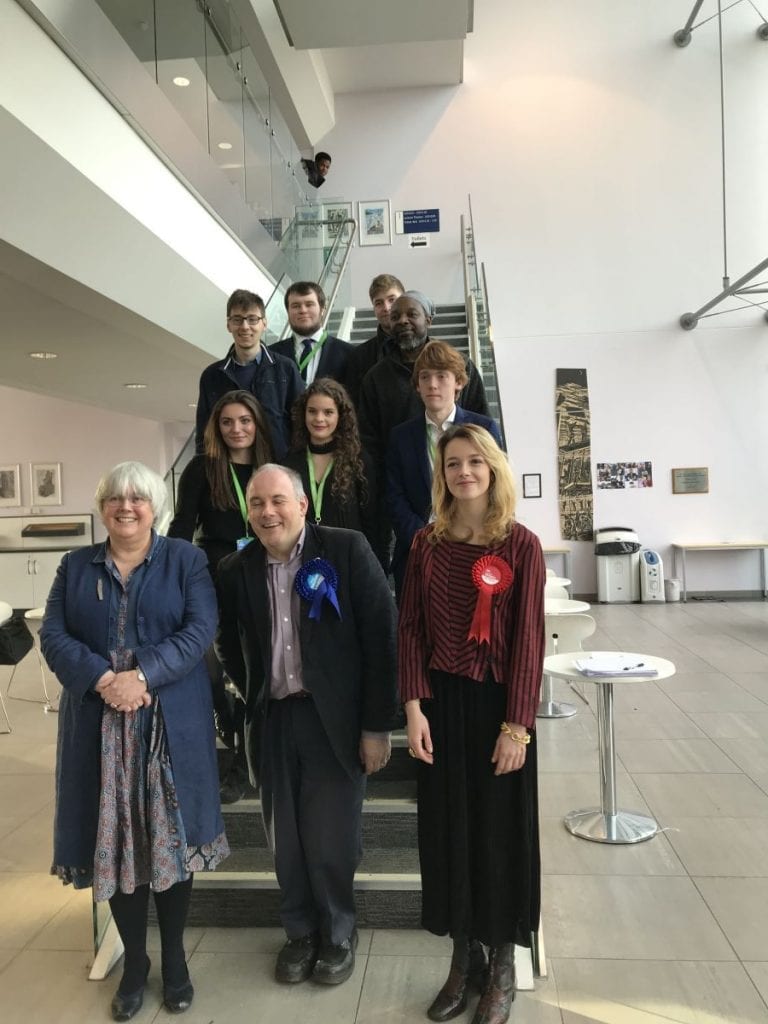 LOWERING the voting age and making housing affordable for young people were just two of the topics that parliamentary candidates were questioned about by Harlow College students at a Hustings on Thursday.

Mr Halfon is defending the seat where, in 2017 he had a majority of 7000, reduced from 8000 in the General Election two years earlier.

Journalism and A level students asked a variety of questions ranging from the high level of poverty in Harlow, to increases in knife crime amongst young people and the spiralling costs of higher education.

Ms McAlpine told the students: “For far too long politicians have failed you young people with unaffordable housing, sky-high rents, low paid insecure work and rising student debt. There have been decades of cuts and austerity from the Conservatives and Lib Dems.”

She said the Labour government would give 16 year olds the right to vote and would reverse school cuts; re introduce youth centres and bring back free university tuition.

Ms McAlpine told the students that Labour would introduce a minimum wage of £10 per hour and would replace Universal Credit.

She added: “We will build genuinely affordable council homes. People are really struggling to pay rents and can’t afford mortgages.”

Mr Halfon said the Conservatives were committed to investing more in child care and education.

They would introduce a national living wage and Family Hubs which would include counsellors mentoring families.

He said: “I have worked hard to protect the NHS and have campaigned successfully for a new hospital in Harlow.”

Regarding Brexit Mr Halfon said: “Sixty eight percent of Harlow voted leave and we must get Brexit done. The people voted for it in 2016.” 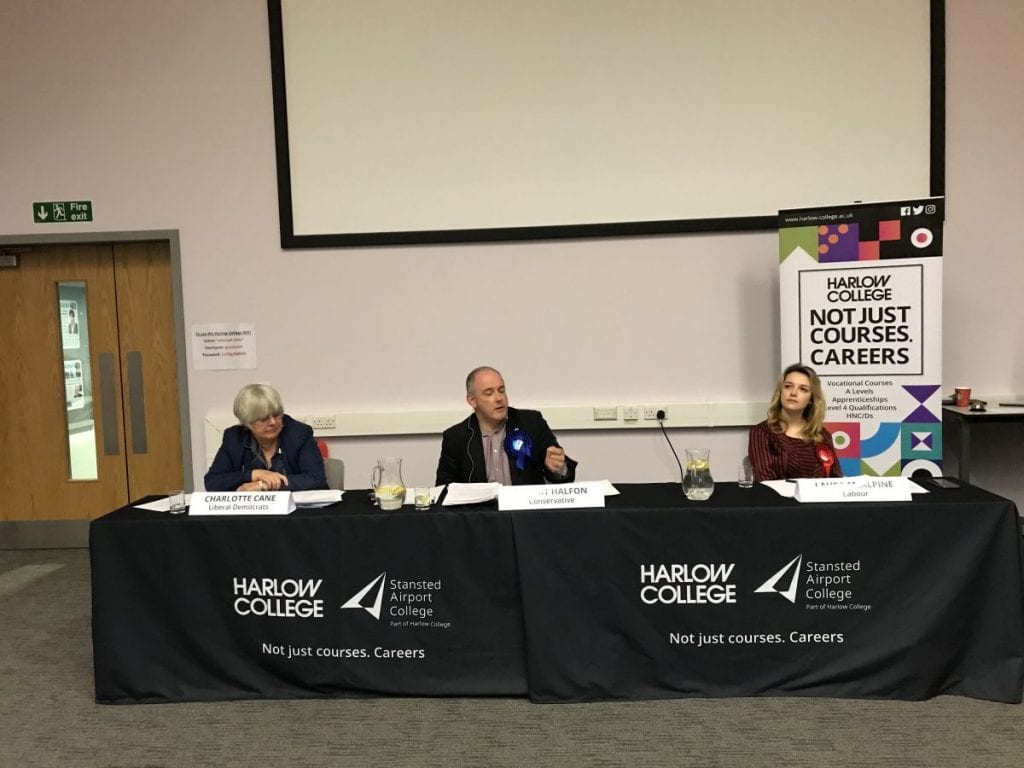 Mr Halfon said he was passionate about education and apprenticeships and was the first MP to employ full time apprentices in Parliament.

“I want to build an even better Harlow,” he said, “and Public Health England moving here will make Harlow the science capital of the world and bring thousands of jobs to the area.”

Ms Crane said her party would put £7billion into the NHS immediately and add 1p on income tax to ensure the NHS has secure funding.

She added that if the Lib Dems were elected they would join the other parties to create a 10 year plan on how to run the NHS so there would be continuity regarding administration.

Ms Crane told the students: “it’s shocking that in parts of Harlow one in three children are born into poverty.”

She added that the Lib Dems wanted to introduce a fair tax system and build 300,000 new homes a year including 100,000 new social houses for low income earners.

An 18-year old first time voter and Harlow College student, who did not want to be named, said: “I found the Hustings very helpful as it gave me a clear idea of who I’m going to vote for and broke down clearly each party’s policies.

“I really feel that 16 year olds should have the ability to vote as young people are the future of this country. We can go to work and pay taxes at this age so surely we should have a say on our government.”