Meet Santa at the Great Christmas Cake Off: Harlow Playhouse 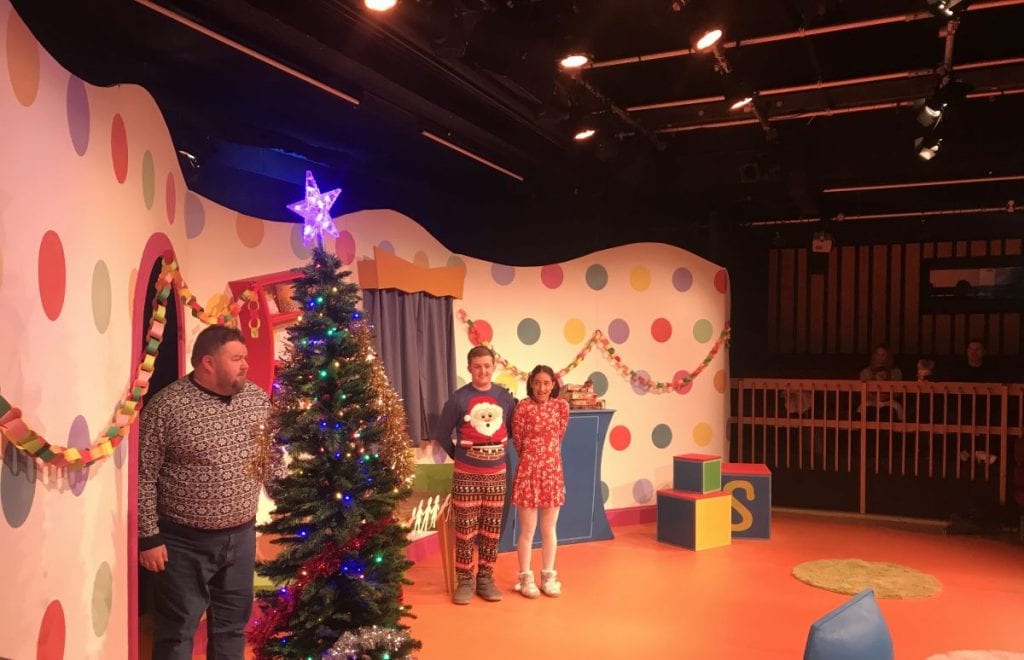 HARLOW Playhouse is staging an extra special show for children aged two to six years. Entitled the Great Christmas Cake Off this is a new fun interactive show in which every child gets a chance to meet Santa and receive a special gift.
Written by Kevin James the brilliant cast includes Samantha Harper who plays Lily. She is the sister of Jack and they are both trying to get ready for Christmas by wrapping presents, putting up the tree and baking cakes.

Jack is played by Joshua Ellershaw. All other roles are played by Steve Dorsett, who also plays the important role of the father of the two children. Jack and Lily want to enter a competition where they make a cake. The performance explains the plot as it unfolds. In this hilarious performance things get very messy along the way, with the young audience enthusiastically cheering on the cast.
The set is made up of bright colours that portray a front room. In the background a white wall which has coloured dots all over it. The vibrant colours are shades of pink, purple, yellow and green. There is a Christmas tree on stage as well as other props that create imaginative furnishings.

Their costumes were very simple yet effective. They wore children clothes which showed how old they were meant to be. As Steve was playing the father and all the other existing characters he changed his outfits throughout so that the audience didn’t get confused as to who he was.
I would rate this pantomime 5/5 stars, because it was engaging and entertaining. Every face in the room had a smile on it even the parents which I think is really important for a pantomime. It is a perfect day out for you and your little ones.

The cast played their characters very well. The two characters Jack and Lily were perceived as children however the actors were not. When they were acting they changed their tone of voice which meant that the audience didn’t get confused as this was for younger years.

Performances are until Christmas Eve with a 10:30am show and a 1:15pm performance every day and 3:30 showings for most days. There are no performances on December 16th- that is Santa’s day off.
Prices are £13 for children with a present and £10 for an adult. For more information go to www.harlowplayhouse.co.uk 01279 431945. 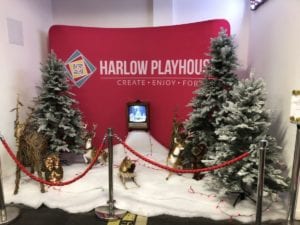 A display in the Playhouse. 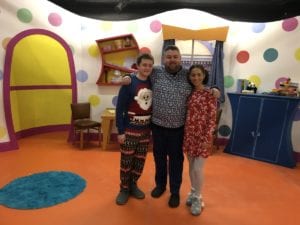 The cast from left to right: Joshua Ellershaw, Steve Dorsett and Samantha Harper.