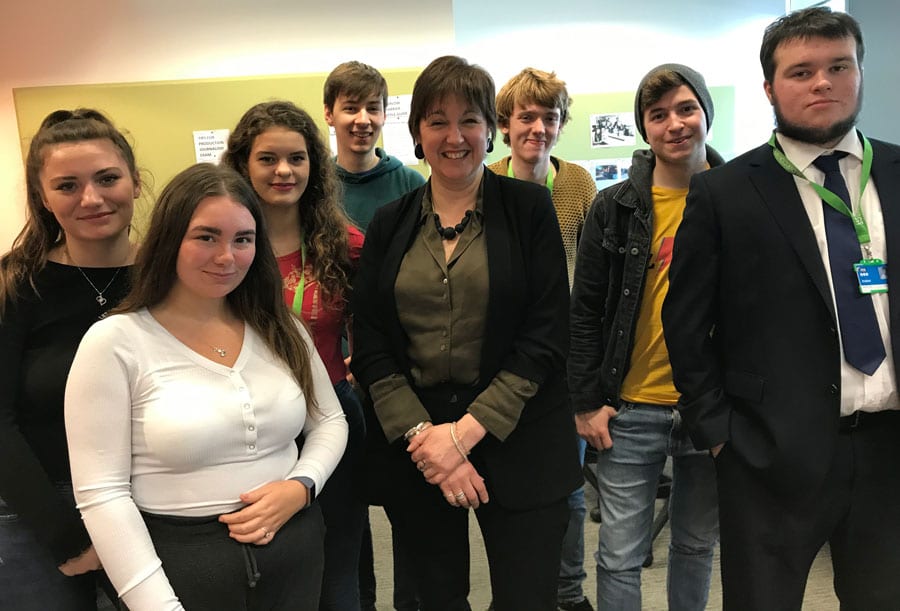 She spoke about the opportunities for young people within the industry and said “We need people who come from different backgrounds who can bring new ideas. Just go for it, don’t give up, keep asking questions, use your own experiences and write about them. Chase stories and make sure people get to see them.”

Nikki joined the BBC as a local radio trainee in 1990, after finishing her degree in geography at Cambridge University. During her studies Nikki decided to get involved in the student radio station where she would help out, be live on air and gain first-hand experience. She said, “It was the most exciting this I had ever done, I knew this was something that I had to get into.”

After finishing university Nikki struggled to get into the journalism industry and in desperation began applying for jobs outside the industry. However, one interviewer she met asked her if she had ever thought about becoming a journalist. “They told me to ‘just go for it if that’s what you want to do. How many times will you get the opportunity?’”

Nikki has previously worked in various parts of the BBC from radio to co-ordinating the 2005 General Election.

She said “Many forms of journalism are being eroded and people don’t understand the value of having a journalism community. Without journalists we would be in a much worse world. Would there even be democracy if people didn’t ask questions? Who would be asking the important questions if not for journalists?”