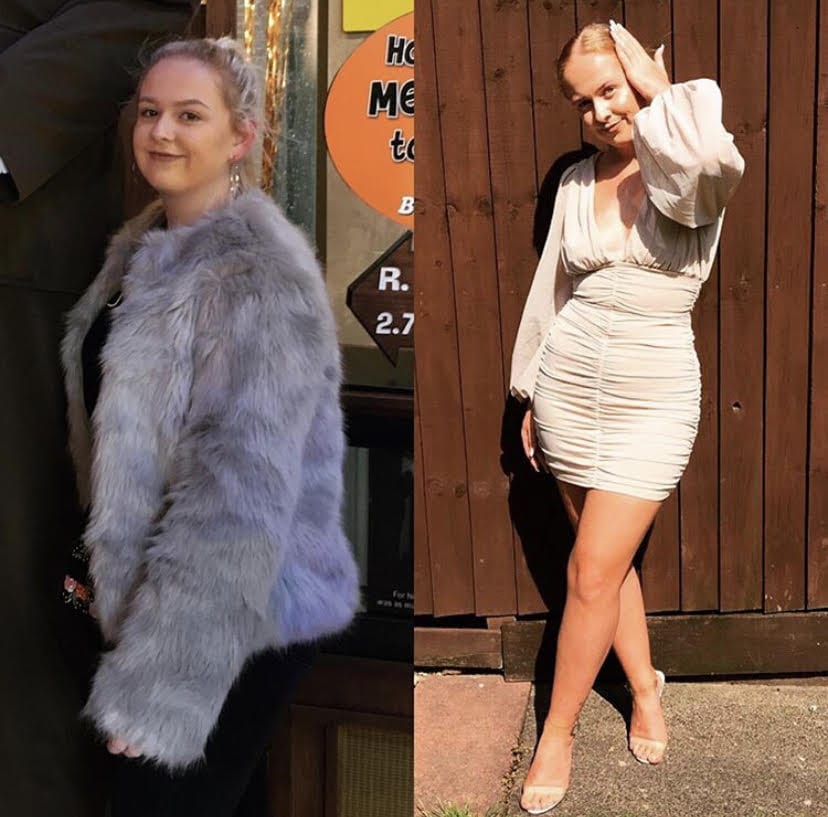 MORE people than ever are losing weight by following Slimming World’s simple steps.

Being part of a group and sharing problems is the key to successful weight loss, according to Slimming World but how accurate is it?

In 1969, Margaret Miles-Bramwell the founder of Slimming World created the weight-loss organisation. This has become a popular way for millions of people around the world to join either community-based groups or follow the programme online.

Slimming World has had a huge success which has seen consultants supporting people to adapt to new healthy lifestyle habits by changing people’s relationship with food and being more active. The programme has evolved in line with the latest thinking on nutrition and exercise as well as the psychology of behaviour change.

Each year the Slimming World research team, set out research on how well the programme is helping people achieve their goals. The research they conduct allows them to make changes to the programme to make it easier for people to access and lose weight effectively.

In 2016 the research team set out to discover, ‘do people attending Slimming World keep their weight off in the long term?’

With 356 female participants the data showed that of the people currently attending Slimming World they had lost on average 9.6% of their body weight within 2.5-3 years of attending.

As a result of the research, it was evident that Slimming World was an effective way of losing weight and keeping it off in the long term. Those no longer attending a group maintained some weight loss and those still engaged achieved a greater weight loss. The research found that changing eating/cooking habits as well as increasing physical activity and regular weighing were all aspects of assisting weight control.

Slimming World consultant Donna Smith, of Harlow said, “The key to success is to stay at the group. There has been a higher success rate for people who have stayed and spoken about how they are coping with their Slimming World. Talking helps people to overcome any troubles they may be having and is more likely to give then a better week looking forward.”

The graph below shows that by making small changing to a person’s diet can help them to achieve a greater weight loss. For example, people who introduced more fruit and vegetables into their diet lost more weight than people who only increased their daily activity. 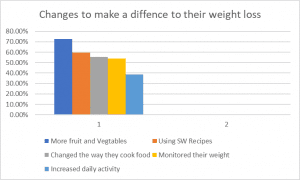