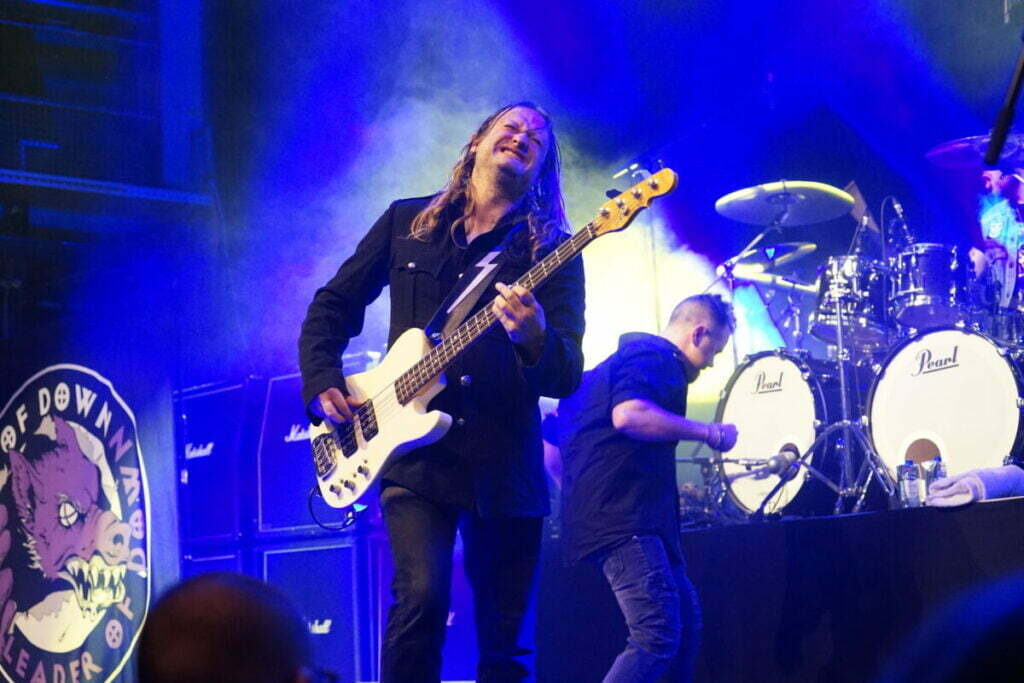 LEADER OF DOWN bass player, Tim Atkinson, has transformed an old council building into a centre for music and the arts.

In 2014 Fairycroft House, Saffron Walden, was bought from Essex County Council and turned into a community interest company (CIC); the 190 year old building then became the home of an arts and media centre.

Tim spoke to me about the running of the centre, how it’s been impacted by the COVID-19 pandemic, and how he got involved in the first place.

Tim has been working in the music industry for the last 25 years. He’s worked as a session musician, appeared on Radio 1, and has toured on cruise liners as a resident musician. As a child he played the trumpet, and then took up the bass to join his friend who played electric guitar. He recollected that even at the age of 12, he knew there was “nothing on this earth I’d want to do more.”

Tim has been influenced by bands such as AC/DC, the Rolling Stones, and the Beatles, but most notably he has been a fan of Motörhead since the age of nine.

In 2008 he teamed up with ex-Motörhead guitarist Würzel (Michael Burston) to form Leader of Down (LoD); the band subsequently got its name from Würzel mishearing the lyrics to Status Quo’s Down Down.

When Würzel passed away in 2011, Tim decided to carry on the band and the project, using the recorded material they already had. It became a huge collaborative album, and was finally released in 2018. Lemmy Kilmister worked on the record in 2014, shortly before his death in 2015. Lemmy was keen to work with LoD however he was often busy on tour. Tim was proud to announce he is the second person to ever appear on a record playing bass alongside Lemmy. 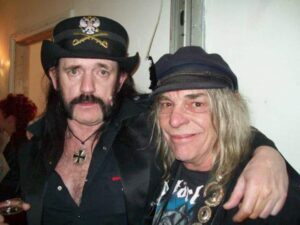 Fairycroft House is well known around the Saffron Walden community. The old regency building has been used as a youth community centre as far back as the 1950s.
Tim said he fell in love with the building after he participated in a music project, Rock Clinic, there to help young people. He revealed to me he could almost hear Würzel saying to him ‘We should buy this mate, we should buy this’; when he remembered that, it drove him on to think, ‘Würzel would like this’, and then he set up a community charity fund and got a mortgage for the building. Essex County Council had to let go of this building, but it’s probably for the best as Tim reckons it “Probably would’ve been knocked down.” 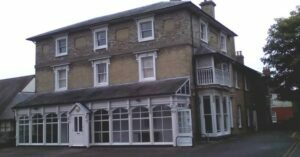 Tim then went on to tell me how Fairycroft runs, and why it’s so important to him. He explained that the Arts and Media Centre was run by a dedicated team of staff, he simply oversees and manages it ,which allows him to also focus on LoD.

Saffron Walden is a rural area, so there is often little for young people to do. Fairycroft House aims to provide facilities and creative opportunities. To combat isolation, the centre offers recording spaces, access workshops, places to perform, dance lessons, and helps to build creative links and connections between other young people, as well as occasionally bringing in industry professionals. A fantastic example of this is young band members collaborating with ‘wannabe’ filmmakers, benefiting them both and serving as valuable experience and creating portfolio pieces.

Tim emphasised the importance of networking: “You’ve got to make a lot of connections-It’s just talking to people”. He went on to say that one of his biggest inspirations was his guitar teacher from when he was a teenager. He did his best to teach him bass guitar while being a guitarist; it’s incredible to see that Tim is now providing these kind of opportunities for other young people.

We went on to talk about how the current coronavirus pandemic is impacting his work and the centre. Due to lockdown restrictions the centre has been closed for several months. The team at Fairycroft were able to utilise this time and have completed several renovations, including work on the staircase, outside walls, and other general repairs that otherwise they may have not found the time to complete. Fortunately, some aspects of the centre are beginning to function again; music rehearsal space has reopened following strict COVID measures. There are also plans for a fundraiser in order to renovate the hall, remove a chimney breast,  increase venue capacity and include a fixed stage which can be used in future jam nights.

Tim also spoke to me about the impact COVID-19 has had on him, and Leader of Down. Their upcoming album, was originally planned to be released this September, but has been delayed until April 2021. The band is excited to have shows already booked, misses playing live. Tim said he has used this time to be creative, the third album is already in the works, and Tim has spent the last few months writing: “I try to be proactive”.

As well as being proactive, I asked Tim how his friends would describe him. Passionate and dedicated were his top answers, and someone who is ‘always willing to help people’. This was definitely reflected in my conversation with him, I hope to catch up with him again in the future, and take a look at the facilities at Fairycroft House for myself.