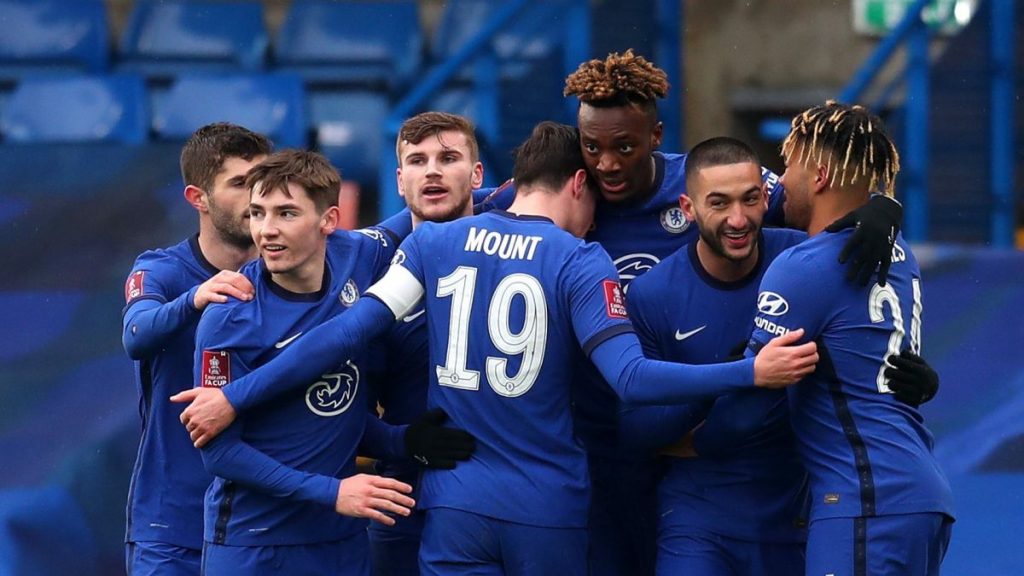 CHELSEA progressed to the FA Cup fifth round with a convincing 3-1 win over Championship side Luton. The Blues broke the deadlock early on through Tammy Abraham before the striker headed home a second not long later. However, Jordan Clark pulled a goal back for the away side to keep the Hatters very much in the game but Chelsea had a 2-1 lead at the break.

In the second half, the home side dominated and had a number of chances to extend their advantage but were denied by some good goalkeeping from Simon Sluga. With 16 minutes left, Chelsea regained their two goal cushion as Abraham completed his hat-trick following a great team move. Timo Werner had the chance to add a fourth from the penalty spot but was denied by Sluga. It didn’t matter though as the home side advanced to the next round. 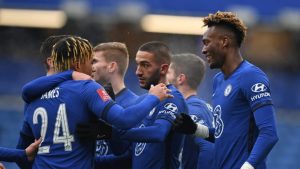 Frank Lampard made seven changes to the side that lost to Leicester on Tuesday night with Werner coming back into the fray alongside Abraham. Lampard went with a 4-2-2-2 formation and opted to start Hakim Ziyech and Billy Gilmour, replacing Callum Hudson-Odoi and Mateo Kovacic. Emerson, Kurt Zouma and Andreas Christensen were brought into the defence with Reece James the only survivor from Tuesday night whilst Kepa was in-between the sticks. Mason Mount was handed the captain’s armband for the very first time in the senior team.

As for Luton, four changes were made by Nathan Jones from the midweek defeat to Brentford as they reverted to a 5-3-2 formation with Kai Naismith replacing Dan Potts whilst Glen Rea came into the back five. Jordan Clark and Ryan Tunnicliffe were brought into the midfield alongside Kiernan Dewsbury-Hall, who retained his place from Wednesday. Meanwhile, James Collins dropped out of the starting eleven as Harry Cornick and Pelly Ruddock Mpanzu played together up front.

It took the home side 11 minutes to make the breakthrough as the ball was played into Werner on far side as the German pulled it back to Abraham, who comfortably slotted home from close range. A great first-time effort from the forward to get the Blues off to a perfect start.

Six minutes later, Chelsea made it 2-0 and it was Abraham who again got on the scoresheet. Ziyech played the ball to James, who fizzed in an excellent cross which reached Abraham who headed home past Sluga. The West Londoners were in full control of proceedings already and very much looked on course to progress.

Midway through the first half, Chelsea continued their dominance as Ziyech played the ball to Werner, who left it for Pulisic as the American’s effort was comfortably kept out by Sluga. However, things weren’t plain sailing for Frank Lampard’s side as the Hatters pulled a goal back. Mpanzu played the ball out wide to right-back James Bree as his cross was put home by Clark, who volleyed home past Kepa.

Not too long after conceding, Chelsea were determined to regain their two goal advantage as Pulisic struck off-target on the edge of the area which did nothing to trouble Sluga. Just before the break, the Blues had another opportunity as Emerson’s cross reached Werner at the near post, who could only strike wide of the target.

Chelsea went in at the break 2-1 in front but still had plenty of work to do in the second half. The two goals early in the half from Abraham had the Blues in a commanding lead but Luton pulled one back as the Championship side still remained in the contest. Whoever scored the next goal in the match would certainly prove vital.

Frank Lampard’s Chelsea continued to threaten in front and came close to making it 3-1 five minutes after the restart. James’ low cross reach Pulisic, whose effort was kept out superbly by Sluga. The home side started the second half on the front foot and not long later, a short corner saw Ziyech put in a excellent cross into the middle but no one could get on the end of it.

The Blues kept piling the pressure on the Hatters and were inches away from scoring. Ziyech pulled the ball back to Mason Mount, whose first time strike was hit just over the bar. Chelsea continued to get closer and closer to adding a third as Mount gave the ball to Pulisic, whose attempt was deflected wide.

Despite the home side dominating the second half, Luton had a rare sight on goal as Mpanzu slid the ball into the path of Cornick but Kepa was on hand to make an important stop. It was the closest the Hatters had come to scoring in the second half but the save was a huge let-off for Chelsea. In the hope of extending their advantage, Frank Lampard brought on Hudson-Odoi in place of Pulisic.

In the 74th minute, Hudson-Odoi made a big impact as the Blues at last scored the all-important third goal. Following some excellent build-up play, the substitute linked up very well with Gilmour as he squared the ball to Abraham to tap home from close range for his hat-trick.

With six minutes to go, Chelsea were awarded a penalty after Mateo Kovacic played through Werner, who was brought down in the area. The German stepped up from 12 yards but saw his spot kick saved by Sluga. The difficult run of goalscoring form for Werner continued.

However, it didn’t matter as the Blues held out for a much needed win to progress to the fifth round of FA Cup where they will meet Barnsley at Oakwell. It may not have been the best of performance’s in what was tough conditions but Chelsea got the win which was most important.

Chelsea and Frank Lampard will be back in league action on Wednesday night as they welcome Wolves to Stamford Bridge in an important match. Meanwhile, for Luton, their next match in the Championship will be on Saturday as they travel to Ewood Park to take on Blackburn Rovers.