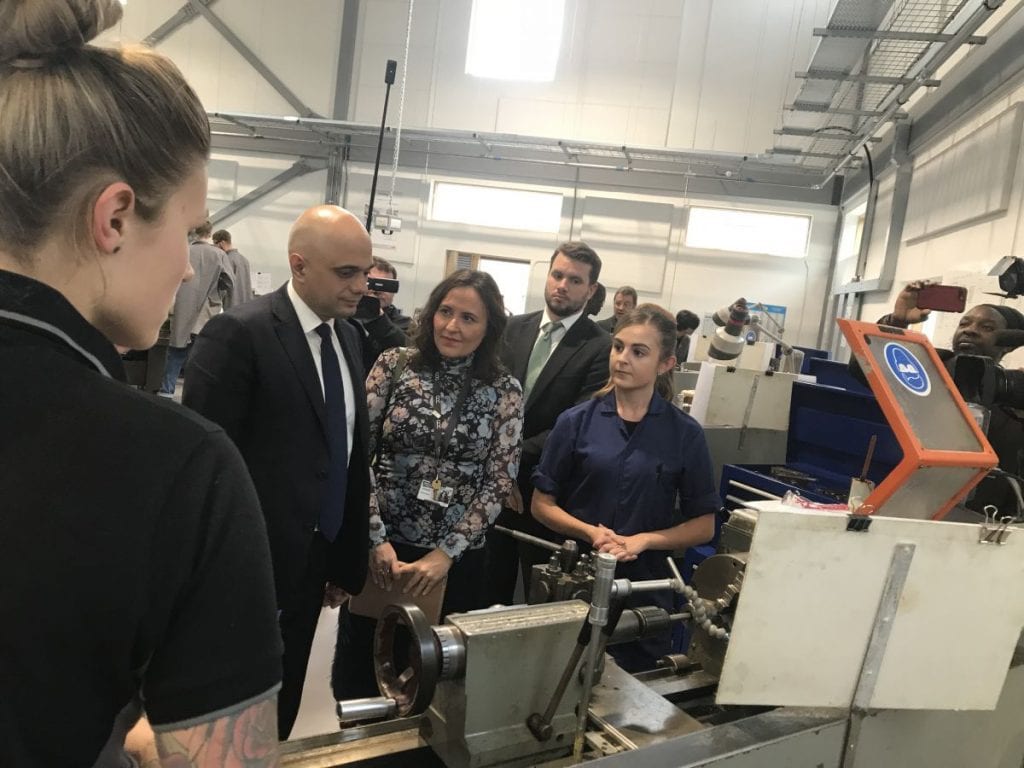 CHANCELLOR of the Exchequer Sajid Javid visited Harlow College to see its £11m Advanced Manufacturing and Engineering Centre (HAMEC) and speak to students and staff.

He was joined by the principle of Harlow College, Karen Spencer and Conservative parliamentary candidate for Harlow, Robert Halfon.

A third of the funding for this centre came from the government and Mr Javid praised the work of Robert Halfon in supporting the project all the way from the building to its opening.Level three engineering students Milly Young, Pedro Nepomuceno and Joseph McCarthy spoke about how they felt when Mr Javid came to the college to see the work that they had achieved and completed.

They also spoke about what the engineering centre meant to them and they all had the same positive views about the funding that the government had invested into it. 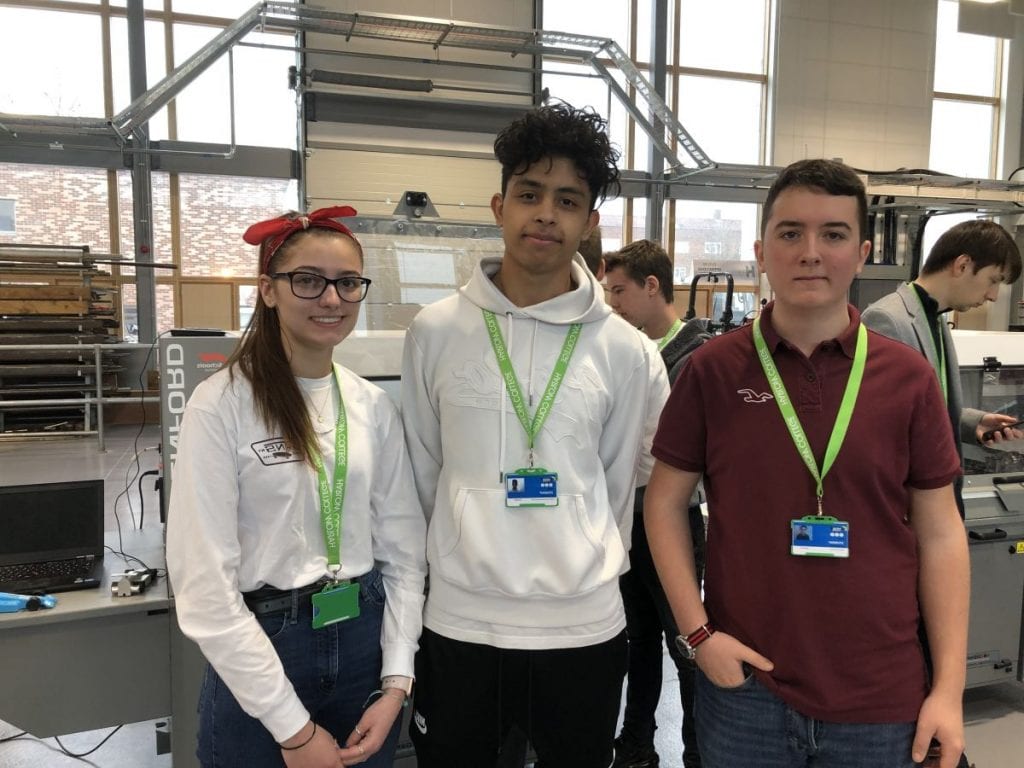 Engineering students from left to right, Milly, Pedro and Joseph

Milly Young said, “I didn’t think that this many people would turn up. It was a new experience for me and got awareness out about engineering because I don’t think that people understand how difficult it actually is.

“Not a lot of girls actually do engineering as they see it as a male thing to do and a lot of women don’t do it as they can feel uncomfortable. However I think that woman should be able to do whatever course they want and I want to be an example of this.”

Joseph McCarthy said, “I studied level two engineering last year and seeing this new facility made me want to do it even more. I’m happy that I’ve followed it through and carried on with my studies.”

Pedro Nepomuceno said, “Not a lot of people actually know what engineering is. It is nice for them to actually see what we have done and applied. It has created interest within the course and it will help other people to choose this course as well.”