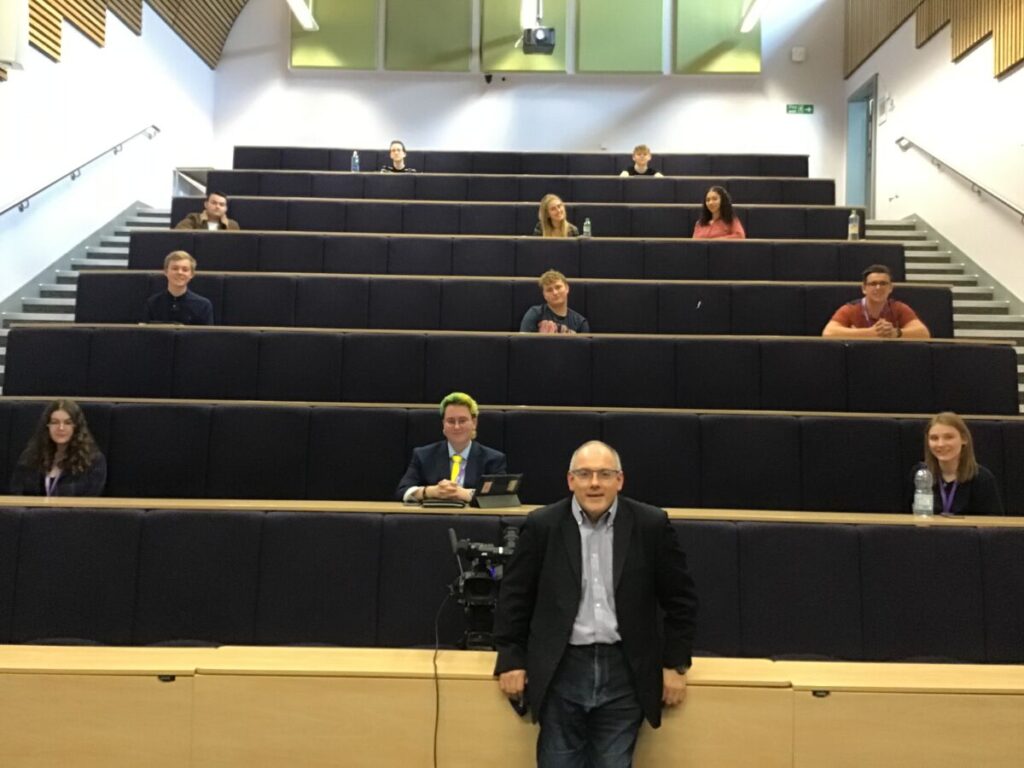 ROBERT Halfon MP doesn’t make a habit of going against the Conservative party, so when he does it’s usually for good reason.

On Wednesday (Oct 21) Halfon joined four other Tory MPs and voted against the Conservative party and sided with the unsuccessful Labour motion to extend free school meals throughout the school holidays until Easter 2021, amid the coronavirus crisis.

On Friday (Oct 23), as part of College Week, Halfon visited Harlow FE College, which he describes as one of the best in the country, and spoke to journalism students about that controversial vote and about his work as an MP.

Childhood food insecurity is a major issue for thousands of children in the UK. Halfon has been campaigning for some time, hoping the government will develop a long term plan to prevent childhood hunger and poverty.

He has campaigned for food companies, such as Kellogg’s, to make a deal to match government funding, as well as an introduction of more breakfast clubs. Students who eat breakfast each day can achieve two GCSEs more than their hungry counterparts. Halfon also states he wants to use income from the sugar tax to fund these projects, as it disproportionately impacts low income families; the tax brings in roughly £340 million which could be better invested.

Halfon also spoke about working with Manchester United and England footballer Marcus Rashford. Halfon claims he doesn’t like celebrities getting involved with politics due to “lots of hypocrisy”, but thinks Rashford is a ‘Good Man’ and he has lived out this issue, although he ‘doesn’t agree with all his solutions”.

During his meeting with the journalism students Halfon was asked: “In relation to the current food insecurity crisis, what are your plans concerning Harlow, taking into account levels of poverty and child hunger throughout the holidays, within your constituency?”

He responded by saying he has seen the impact food poverty has had within Harlow. He has visited and worked at the Food Bank and the Michael Roberts Charitable Trust, seeing the problems they have faced, and the many people they have helped.

Halfon has discussed with Essex County Council about continuing to ask for government support.

He told the students he has been elected twice to be chairman of the parliamentary education select committee. During his time with the committee he has led the biggest inquiry into helping special education needs children and young people.

When asked if he finds it difficult at times to balance his personal views with his party’s views, Halfon said he joined the Conservative party when he was 14, adding, “It’s like a family. It’s not a job, it’s a way of life.”

Halfon summed up by saying he was loyal to his country, loyal to Harlow, and loyal to the Conservatives.