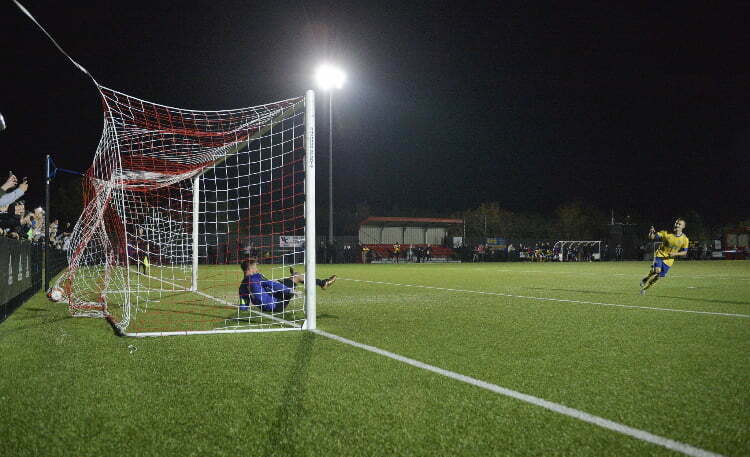 WHEN it comes to football teams, Hashtag United has a different spin on things. The club, based in Essex, was formed in 2016 by famous YouTuber Spencer FC where it originally started out with a group of friends and played matches against fellow YouTube football sides along with facing various academy teams. Plenty of content was uploaded on the site on the pitch and off it.

Two years down the line, however, and a huge announcement was made by Spencer that Hashtag United would be joining the non-league pyramid, starting in the Eastern Counties League Division One South in the sixth tier. At first, opposing fans found the idea of Hashtag in non-league controversial but now in their third season, the Tags have received some brilliant support worldwide.

A fellow friend of Spencer, Jay Devereux, was appointed manager of the club and reporter Matt North sat down with him to ask him how it all started. When asked about how the club started out, Devereux said; “It’s not too different in comparison to others as most clubs start up with a group of friends which is what happened with Hashtag. It just happened that Spencer [Spencer FC] got some friends together and created an environment he was in to post the content on YouTube. The base they set it up from allowed them to make progress at a higher rate in comparison to others.” 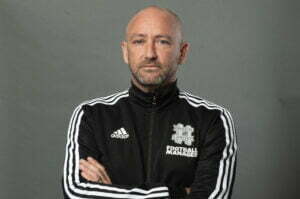 At first, Devereux was unsure if managing Hashtag was the right choice having, not too long ago, stepped down from East Thurrock to take a break from football. “We had a conversation and he told me their plans with Hashtag and I kept an eye on what Spencer was doing with his progress and his own career.

“My son would keep me informed on what they were up to” said Devereux, who soon decided to step in a take a few sessions. However, things soon grabbed the attention of Devereux as he said; “Once I was in, it hooks you and grabs you and it was a really interesting place to be when I sat and spoke to Spencer about his ambitions. It wasn’t that he wanted to win things, it was about building a football club and putting roots down somewhere.”

In Hashtag’s first season in Non-League, Devereux guided them to a league title and promotion into the Essex Senior League. In the 19/20 season, the Tags were in the thick of a promotion race in the ESL before the COVID-19 pandemic hit in March as the season was voided. However, this current season has started and with just a little over a month played of the new season, Hashtag United are once again competing towards the top of the league. Not only that, the club have had a memorable and sensational run in the FA Cup, reaching the 2nd Qualifying Round where it has been an excellent achievement for them considering it was their first time playing in the competition. 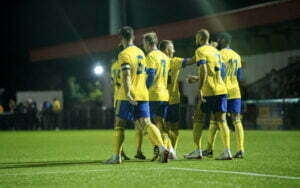 Speaking about the cup run, the Hashtag manager said; “I’m proud of the efforts for sure knocking out two teams from the league above and running a team from three leagues above so close and I feel we deserved to win. There’s a little bit of frustration from that because we are not in the next round and to be disappointed not to have beaten a team from the National League South shows how good of a run it turned out to be.” The Tags crashed out on penalties to National League South side Braintree Town after drawing 1-1 in a dramatic finish to the game. “Football swings so quickly but on the whole, the cup run can only be deemed a good cup run” said Devereux.

Hashtag United’s next game is this Saturday (October 10) against Wormley Rovers in the FA Vase where the club look to go on a good run in that competition. When asked about his thoughts ahead of the game, Devereux replied; “They are a good side Wormley. Obviously they are the level below and we know of them as we had two extremely tough games with them the season before last. They have got some good players and its cup football so we will really have to be at our best to stand a chance of going through. You just have to approach every game that comes along. If we are at our best, then we give ourselves the best chance of winning” he concluded.

If you are interested in watching the Tags this season, they play their games at the Len Salmon Stadium in Pitsea, Basildon and make sure to buy tickets online. Hashtag compete in the Essex Senior League so be sure to check their fixtures to see who they are playing next.
Essex Senior League Website: www.essexseniorleague.co.uk

Feature photograph by Dorcik Images shows Jesse Waller-Lassen converting the winning penalty in the shootout against Soham Town Rangers in the FA Cup.

Second photograph is of Jay Devereux, the manager of Hashtag United.

Third photograph is taken by Lockie Photo where the Hashtag United players celebrate a goal against Hadley in the Essex Senior League.