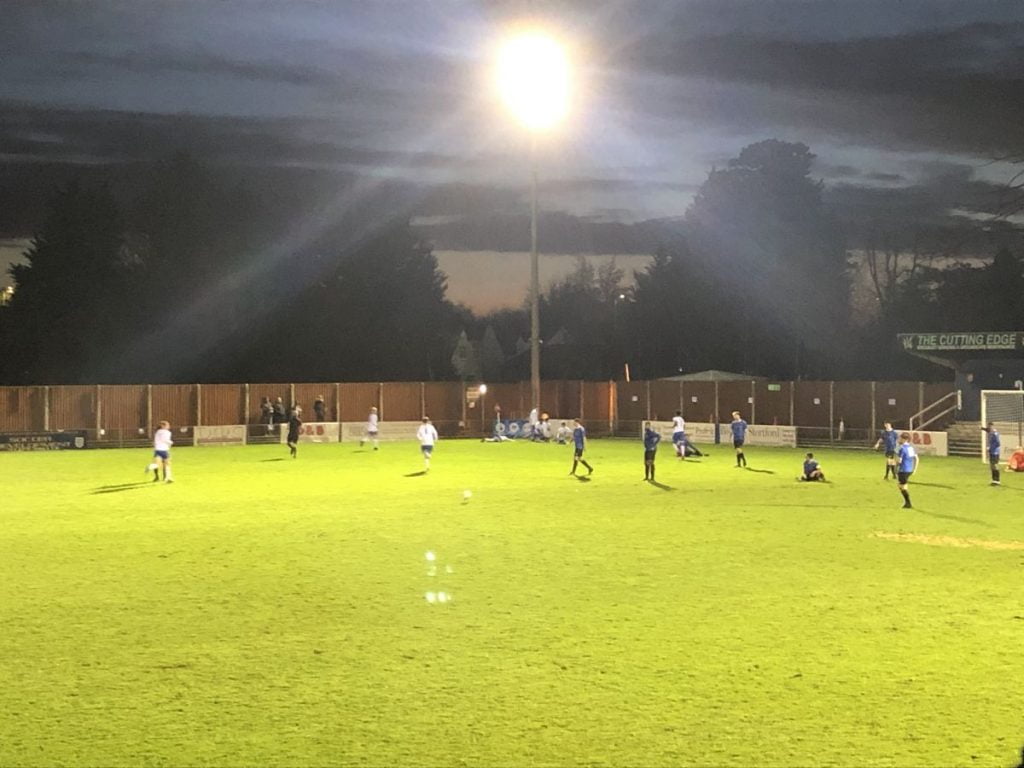 Alex Warman scored the only goal of the game as Enfield returned to winning ways with a 1-0 win over Hoddesdon. In an entertaining affair at the R&D Advisors Stadium, both sides had chances to take the lead in the first half but neither were able to find the back of the net. Meanwhile, Enfield were the much better side in the second half and took a deserved lead late on through Warman. The E’s held out for a very good three points to move four places up to 10th whilst Hoddesdon remain in 6th place. 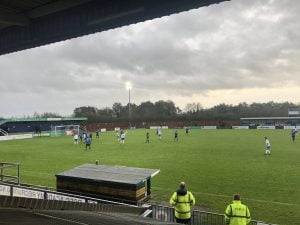 Enfield had the opening chance of the match on two minutes as a Louis Johnson free kick was comfortable for Liam Nugent. Five minutes later, the home side had another opportunity as a great strike from skipper Reece Conway was well-saved by Nugent in the Hoddesdon goal.

Meanwhile, with 15 minutes played, the visitors came close to breaking the deadlock as Cyrus Babaie’s close range attempt was cleared off the line before the ball fell to Blue Gallagher, who was denied by Sam Soutar. Not long after, Liam Mulligan struck the ball off target for the Lilywhites.

A few minutes later, Jack Gibbs’ cross was met by the head of Aiden Critchley but guided his header wide. The E’s had the best chance of the game so far with 26 minutes gone as Isaac Stevens squared the ball across to Alex Warman as his shot crashed back off the crossbar. Straight up the other end, Mulligan once again came close for the away side but flashed his effort wide.

Both sides continued to show their attacking prowess as Mulligan gave the ball to Critchley as the full-back’s powerful drive came off the woodwork. A minute later, Kardan Campbell came close for Hoddesdon but Sam Soutar was down to make a save.

The home side kept threatening as three minutes into first half added time, Warman played through Conway but was denied by Nugent. Just before the break, Campbell had a shot from distance but could only fire off target as the sides went in at the break goalless in what was an entertaining first period. 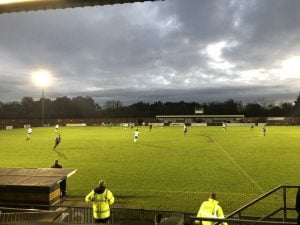 Chances for both sides dried up in the second half as the first real opportunity of the game fell to the E’s on 65 minutes. Warman delivered in the corner which was cleared only as far as substitute Jack Cousins, who fired over. Six minutes later, Joseph Boachie slid the ball into Conway, who was unlucky not to have put Enfield in front as he struck over from a good position.

The E’s continued to search for a goal and were denied by some great goalkeeping from Nugent as he saved an effort from Boachie. Hoddesdon had a rare second half attempt on goal with 12 minutes to go as substitute Harry Andic played the ball into Mulligan but struck over the bar.

However, in the 81st minute, Enfield at last broke the deadlock. Conway played an excellent cross-field ball to Louis Johnson, whose attempt rebounded kindly to Warman as the E’s man fired home an excellent finish for 1-0. It was certainly a deserved lead for Enfield, who had the better share of possession up to that point.

The Lilywhites went in search of an equaliser with four minutes left as a good strike from Babaie was caught by Soutar. That proved to be the final chance of the match as Enfield held out for an impressive three points and a third win from five matches whilst Hoddesdon have lost back-to-back games.

Enfield will be back in action on Tuesday night as they travel to North London to face Walthamstow whilst Hoddesdon have a week until their next fixture where they welcome Woodford Town to Lowfield. The E’s are 10th and now onto 14 points for the season whilst Hoddesdon stay on 19 points and sit 6th. 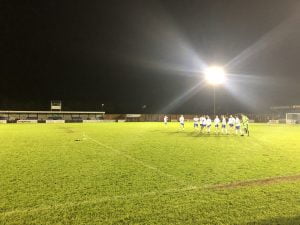