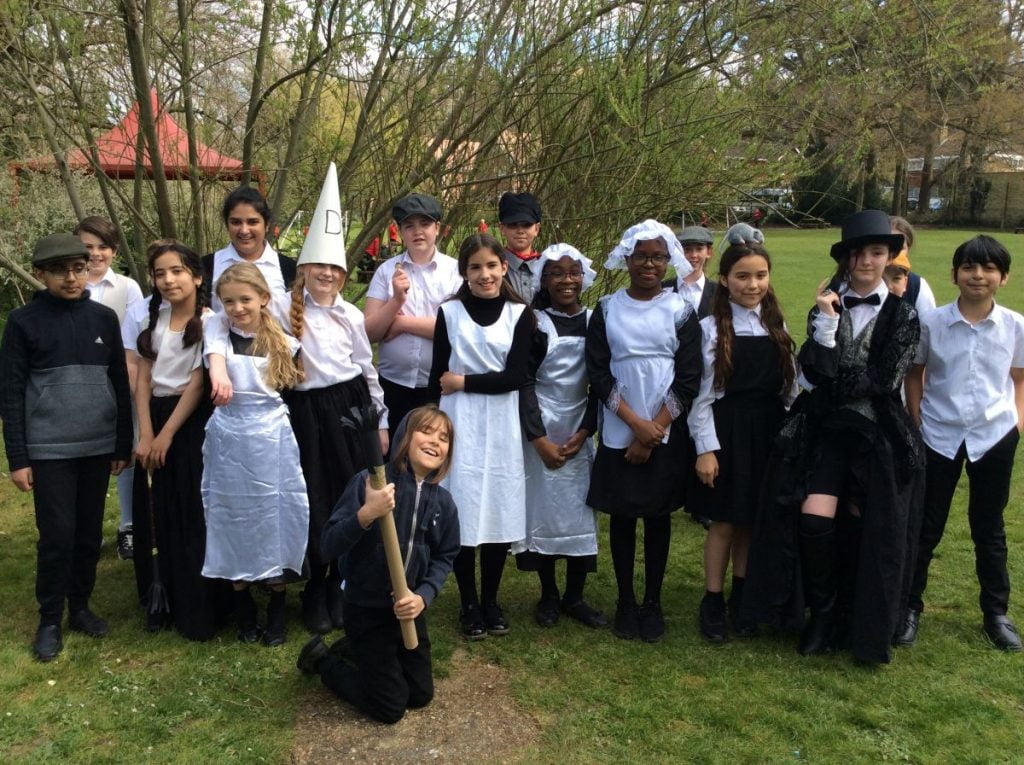 Members of year six were expected to bow and curtsy on arrival to class, learn by candlelight, take part in regular posture checks, stand each time an adult entered the room, use chalk instead of pencils and pay a penny for their schooling.

Their education for the day consisted of learning about Queen Victoria and her life, copperplate handwriting, Victorian slang words and currency. At break and lunchtime, traditional games, such as hide and seek and hopscotch, were played.

A gender divide was present, with boys completing a manual task by building structures, while the girls baked and took elocution lessons. They also learnt about the strict nature of Victorian schools and the famous dunce’s hat punishment, along with standing against a wall.

Teacher Paige Wakelin said: “It really brought it to life for them and allowed them to explore some new skills not typically covered in the primary curriculum.”

Headteacher Mark Evans added: “This was an amazing experience for the children. They were so focused and engaged and it brought their learning to life.”

Featured image: The Year Six pupils dressed up in Victorian clothing to immerse themselves fully into the experience. One naughty girl sported a dunce hat as a punishment.