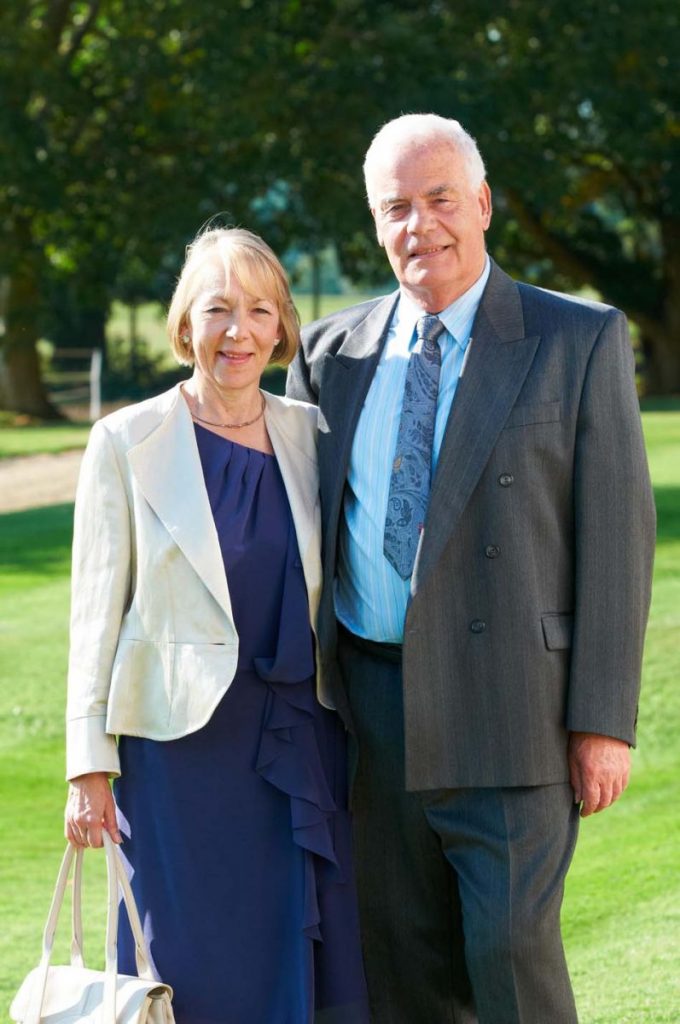 ON ONLY the second day of the national rollout of the coronavirus vaccine, developed by Pfizer, David Wells of Great Notley received a text from the NHS inviting him for his first dose at Basildon Hospital. Like many other elderly citizens, he does not have broadband installed in his home and was unable to open the included booking link.

The retired superintendent of Bethnal Green Police Station falls into the category of priority due to his age, which he qualifies for by two years at 82. This also includes care homes residents along with healthcare staff.

His daughter, Nicola, who lives over 25 miles away, stepped in and secured the time slot for him – something many relatives of the 80-plus category members, who need the vaccine urgently, may be called upon to help with. That is, if they have a next of kin to call upon.

Speaking exclusively to the Harlow Harrier, David said: “I was one of the first to have it.”

He described his hospital visit on Wednesday (December 9) when he was taken through a series of cubicles as part of the process.

“In the first is a doctor who goes over your medical history and asks whether you’ve had any operations previously or if you have any allergies,” he said.

What impressed David was that, in the second cubicle, the nurse administering the jab was supervised at all times by a senior nurse, carefully watching to make sure that she had measured the correct dosage.

“I had to wait for 15 minutes in the third, to see if there was any immediate reaction to the injection,” explained David. “Sometimes apparently there is some fainting, that sort of thing, but in my case there wasn’t. I sat there for 15 minutes, no effects, nothing.

“If you’ve had a flu jab, which I have each year in September, it’s just the same. It’s a needle; there’s a slight prick because it goes into your arm, but it was nothing to shout about. It wasn’t excruciatingly painful, but they did have to warn you of the side effects once you return home.”

This includes stiffness of the arm and swelling around the administration area, lasting up to 48 hours.

Following the injection, David was taken to a fourth cubicle where he was given a pamphlet with in-depth information about the injection and his next step in the vaccination process. The jab is not a quick fix, as he was well aware, and he will be returning to the hospital 21 days after his first appointment to get a booster shot.

David realised that some people were concerned about Pfizer’s vaccine due to its speed of approval, which was much faster than the usual benchmark of two years, at least. However, because of the global pandemic and the urgency of the situation, he felt satisfied that it was better for him to have it than not. He saw a number of people in the media calling it a “rush job”, questioning its safety, but he was won over by the many professors who have assured everyone that it has gone through all the rigorous tests.

On the subject of the many conspiracy theories surrounding the vaccine, David said: “There was one lady being interviewed on the television who said that this was a big hoax – that the government had put some elements into the vaccine to make us subservient to the commandments’ policy, which was a load of nonsense obviously. Millions and millions of millions of pounds have been spent on the three vaccines so, yes, I think what they’ve done is genuine.”

His wife, Maureen, falls two categories below her husband in terms of priority, with the 75-plus bracket sandwiched inbetween her 70-plus and his 80-plus. She is hoping that she will qualify for her turn once the Oxford AstraZeneca and Moderna vaccines have been approved. This would allow her to have the shot administered at her local GP centre as opposed to a hospital, due the requirements of its storage at fridge temperature, unlike the Pfizer which requires specialist equipment to keep it at minus 70 degrees-celsius.

Maureen said: “In the meantime, you have to get on with your life. You can’t let it affect you and keep you stuck indoors so we do go out food shopping and we’ve been to Chelmsford for a little bit of Christmas shopping.

“We wear masks, we keep social distancing, we wash our hands and I’ve just been out in the garden, even now, to put the bird food out and I always have to come straight in and wash my hands, first, before I touch anything.”

So, what does this mean for David now? Only after he is given the booster jab, followed by a waiting period of seven days, can he consider himself immune to infection. However, that doesn’t necessarily mean that he can drop all of the precautions.

“You certainly can’t shout, ‘Eureka, I’m back to normal!’ They still advise that you wear masks and do social distancing and all that business. This is only ninety-five-percent effective so there’s still the odd five-percent chance that it isn’t,” he said.

Photo: David, the recipient of the Pfizer vaccine, with his wife, Maureen.