Plea to ban LGBT conversion therapy in England and Wales 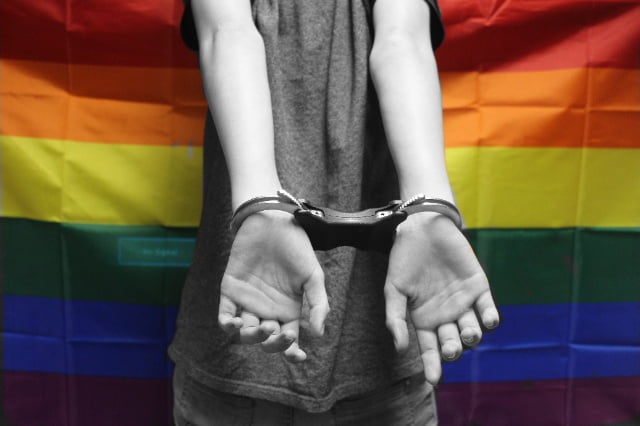 Harlow College Journalist Lloyd Evans is an active member and supporter of the LGBTQ+ community, working alongside local support groups and services within Herts and Essex.

Following the news this week surrounding LGBTQ+ protection and legislation, he investigates the fight to formally ban ‘Gay conversion therapy’ in the United Kingdom.

LGBTQ+ CAMPAIGNERS  are urging the government to take action to ban conversion therapy in England and Wales.

This follows a letter to the Equalities Minister, Kemi Badenoch MP for Saffron Walden, after two advisors left the LGBT advisory panel.

The letter was coordinated by Jayne Ozanne, one of the two advisors who resigned from the panel on Wednesday (March 10), after accusing ministers of creating a “hostile environment” for those in the LGBT+ community.

The other, James Morton, stated on BBC Radio 4’s Today programme (March 11): “For the past 12 months I’ve been increasingly concerned about the direction of travel on trans rights.”

A debate was held in parliament on Monday March 8, where Elliot Colburn, MP for Carshalton and Wallington, led the discussion:

He referred to the petition, entitled “Make LGBT conversion therapy illegal in the UK”, which calls on the government to:

The petition goes on to state: Despite all major counselling and psychotherapy bodies in the UK, including the NHS, condemning LGBT conversion therapy, it is still legal and LGBT individuals in the UK are still exposed to this psychological and emotional abuse to this day. The very thought of this sickens me, and I would like to see it stopped one day.”

The online petition had gathered 256,392 signatures at its closing; Petitions on the official website must gain 100,000 signatures to be debated in parliament,

Several MPs spoke out during the debate, many sharing the horrific stories of those who have undergone conversion therapy, stressing the importance of the ban.

Colburn shared the stories of Joe, Josh, and Carolyn; three individuals who had suffered from so called conversion therapies. These included starvation, electro-shock therapy, and religious shunning. However, some individuals have even been put through the trauma of ‘corrective-rape’, to fight homosexual feelings and attraction, as well as gender expression.

A survey from 2018 found that seven percent of the British LGB population had undergone or were offered conversion therapy, increasing to 13% of transgender Britons.

Fifty one percent of those offered conversion therapy said it was through a faith organisation, and a further 19% said it was conducted by healthcare providers or medical professionals.

Mike Hill MP supported the petition saying: “I appreciate that the Government has previously made supportive statements on the issue. The Prime Minister himself described it as ‘abhorrent’, and as something that. ‘has no place in a civilised society’.

“He made that statement last summer, but nine months on there has been no movement. There is clearly cross-party consensus in favour of legislating to outlaw this practice. Every day that the Government delays legislation, another LGBT person could be subject to this continued abuse. We have the power to act and the support to pass the legislation. All we need is the legislation to put our words into action. We can prevent further damage to the lives of LGBT people in this country, but only if we act quickly.”

So, what is being done? Last year Alicia Kearns, MP for Rutland and Melton, put forward a proposed legislative framework, backed by over 15 major LGBTQ advocacy groups, and 10 representatives from all major faith groups in the UK.

She said the framework was to “enable prosecutions to stop this heinous practice and enable statutory bodies to give victims support and protection. It would enable us to identify serial perpetrators, stop the advertising of this fraudulent quackery, protect potential victims and prevent them from being taken abroad.”

Kearns added that the government and courts recognise that no one can consent to bodily harm and torture, which conversion therapy is, as many are left with physical and emotional scars.

It is stressed that this is not an attack on religion- the Human Rights Act 1998 states we all have:

Respect for your private and family life (Article 8)

Freedom from torture and inhuman or degrading treatment (Article 3)

The ban would not silence those with religious views, but simply protect religious LGBTQ+ individuals, as well as providing them legal recourse, to safely access support.

After an hour and a half of debate, the sitting was adjourned, the e-petition had been considered, and now we await further action.  Colburn thanked the Chair and the other members and summarised: “Being LGBT is not an illness, and we do not need to be cured.” 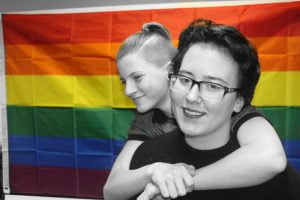 If you or someone you know has been affected by LGBT conversion therapy, or are at risk, help is available below:

The original e-petition link is https://petition.parliament.uk/petitions/300976 and updates as well as the full debate can be found there.

Feature photo supplied by Lloyd Evans on behalf of YCH’s ‘Be Yourself Be Proud’ LGBT support group. YCH is a Hertfordshire based young people’s service.