Spotlight on Stratton: former Iron Maiden guitarist celebrates more than half a century living the dream 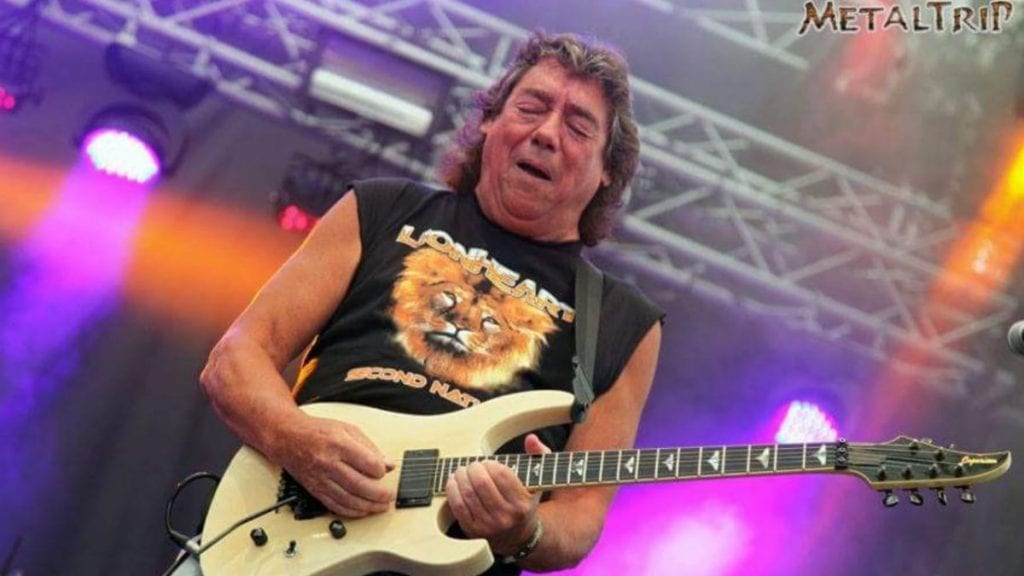 FORMER Iron Maiden guitarist, Dennis Stratton, has performed on stage with some of the world’s leading musicians. Today he is a father and grandfather and lives with his partner Julia in a quiet Essex village near Harlow. He has not forgotten his roots however and still delights fans by touring the UK and Europe playing rock and heavy metal.

He found time, between gigs in Sweden and Italy, to speak to our reporter Chloe Walpole and describe life  as a vocalist and guitarist during a career than began in the iconic 1960s.

Born and raised in Canning Town, East London, Stratton was attracted to the 1960’s music scene in the city.

As a teenager, Stratton attended the weekly live music gigs at the Bridge House pub in West Ham to see musicians like Terry Newman perform.

He said just by watching Newman’s hand movements whilst he played, he grasped the basics of guitar playing and managed to develop his skill as a musician.

After buying a guitar from his friend at 16 and watching musicians play, he gradually learnt the chords and later on built a name for himself in the local area after forming a group with friends called Remus Down Boulevard (RDB).

While still working on the London docks, Stratton realised the full potential of his band, which attracted the likes of popular English rock band Status Quo who later asked RDB to join them and Rory Gallagher on a six month UK tour.

Stratton said: “I always wanted to do something in music and there’s a very popular saying in East London: ‘To survive in Canning Town you have to either play football, become a good boxer, rob a bank or play an instrument’.  A few of us went on to do those things and we all got through.”

As well as touring, RDB played in pubs like the Bridge House where Stratton was spotted by regular customers Steve Harris and Dave Murray from English heavy metal band, Iron Maiden.

They were impressed by his ability to sing, play guitar, tour and use studio equipment (which in the 70’s was rare due to the complexity of it) and decided to invite Stratton to join the band.

In 1979 EMI records signed Iron Maiden and by 1980 they toured with Judas Priest and throughout Europe and Scandinavia with the huge American band Kiss. 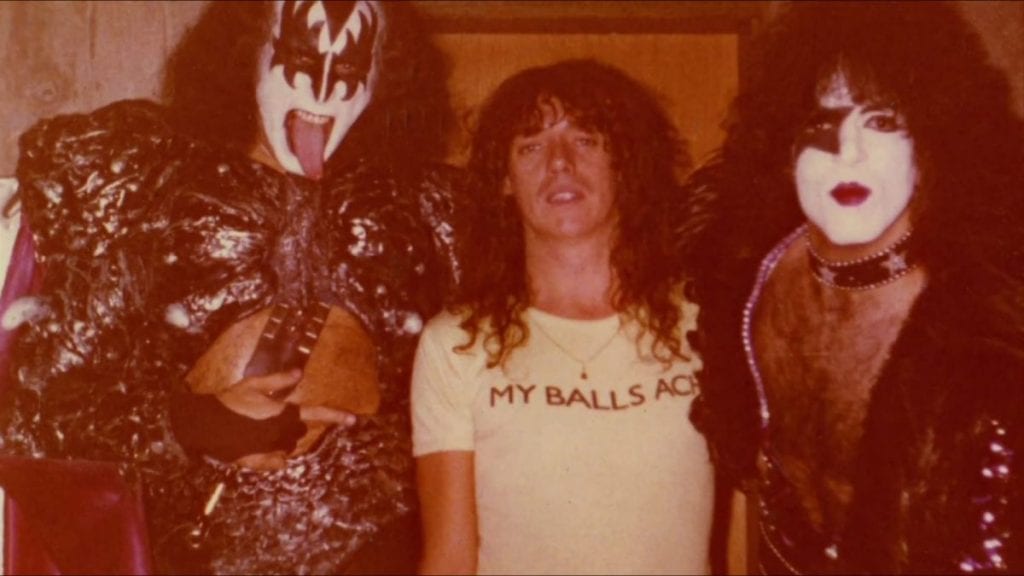 Stratton with the band- Kiss.

However, things became sour whilst on tour as the band were constantly together, suffering from lack of sleep, stress and long working days. Stratton admitted they would get irritated, tired and snappy with each other which he said wasn’t really his scene. Instead he would opt to travel with the crew because he wanted to have a laugh, much to the dislike of the manager.

The stigma of the rock scene in the 60’s and 70’s and beyond was sex, drugs and rock and roll with many famous bands like The Rolling Stones and The Beatles experimenting with heroin, cocaine, lots of sex and certainly lots of unforgettable performances.

Stratton however remained somewhat separate from that lifestyle knowing full well how bad things could get. He said: “Looking at others like Eric Clapton, who was a heroin addict, makes you realise you don’t want to fall into it but you know there’s always been a crazy drug scene because people are working 24 hours.”

After his time in Iron Maiden came to an end, Stratton formed Lionheart, which was signed by CBS Records in 1984; this led to the release of their debut album ‘Hot Tonight’. He then went on to play with Praying Mantis for 15 years.

By 1986 Lionheart broke up and didn’t reconcile until 30 years later in 2016 at Rockingham’s British Rock Festival. Due to the success of the reunion the band decided to stay together and release more music which got them promptly signed by a Japanese label.

In 2018 Lionheart’s album ‘Second Nature’ was voted No.1 AOR album in the UK. AOR is an American FM radio format that focuses on album tracks by rock artists.

Stratton said that today, due to advanced technology, he can live his life as a family man and still record songs without actually being with the band.

Remarkably, he records in the comfort of his own home, then sends the results over to other band members to create the finished product. The next album is set to be released by early May and will be produced in this format.

Stratton, who is now 67, may be a grandfather but he still loves the rock ’n roll lifestyle and frequently tours the UK and Europe with the band. He sometimes attends Iron Maiden conventions where he plays songs from the albums.

He said: “I’m playing all around Europe and all through the year and I enjoy it. I get paid to do what I love and it’s a great life – I can’t see myself retiring for a long while yet!”