Stansted and Cockfosters share the points in entertaining draw 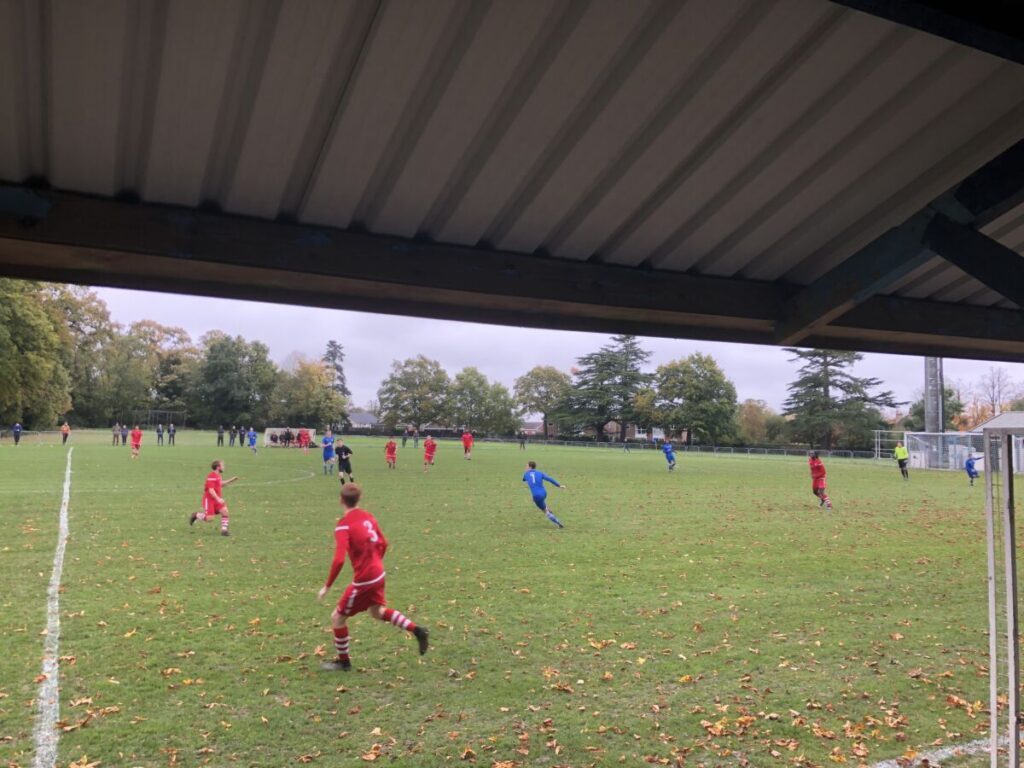 An enthralling match at Hargrave Park saw 3rd place Stansted draw 1-1 with 2nd placed Cockfosters. The away side were on top in the first half as they were unlucky not to go in front with it being goalless at the break as neither could find a goal. However, Stansted broke the deadlock in the second half thanks to a free kick from Connor Hammond before Cockfosters levelled a few minutes after as Ned Clarke tapped in from close range. The Airportmen came very close to winning the game late on but both had to settle for a point. The result leaves Stansted and Cockfosters once again level on points with each other, staying 3rd and 2nd respectively. 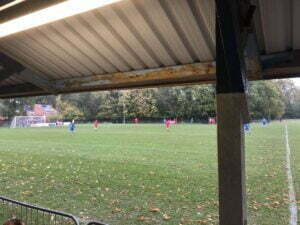 The game got off to a fast start as with less than a minute gone, Cockfosters came close to going in front. Marcus Crowther delivered in a corner as the ball was headed on by George Beattie which was cleared off line. Not long after, Tyler Hatherley pulled the ball across to Ned Clarke as his effort was caught by ‘keeper Jarvis Monk.

With 14 minutes gone, the away side continued to threaten in front of goal as a strike from Beattie was fired just over. A few moments later, Reuben Campbell crossed the ball into middle as a header from Clarke was collected by Monk.

Midway through the first half, Reece Mosanya danced through the Stansted defence as he gave the ball to Beattie, who was denied by a last ditch tackle. Up the other end meanwhile, the home side had the ball in the back of the net as Billy Coyne’s free kick was headed on by Paul Clayton with the ball going in. However, the linesman had his flag up for offside.

Cockfosters continued their domination though as Mosanya’s drilled attempt was collected before Carl Mullings’ effort on goal was caught by Monk. Stansted were beginning to find their feet just before the break and came close to scoring. Ramsay put in a good ball which was headed on by Connor Hammond to Michael Salako, who was denied by Brad Robinson in the Cockfosters goal.

The final chance of the half fell to the home side which was the closest both had came to taking the lead. Coyne delivered in a corner as a header by Moses Carvalho was tipped over by the goalkeeper. Both sides went in at the break goalless in what was a good period from the away side whilst Stansted had not yet got into full gear. There was still another half of football to play and anything could happen. 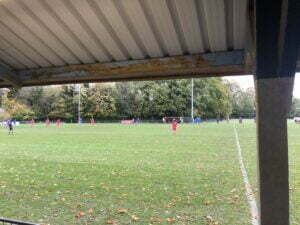 Just seconds after the restart, Stansted were unlucky not to have taken the lead as Hammond was played through on goal but his low driven effort was inches wide of the target. Hammond was involved again second later as his cross was headed towards goal by Salako but the keeper had it covered with the flag going up for offside.

It looked as if the home side had woken up in the second half as a free kick from Hammond was caught by Robinson. The visitors had their first effort of the half as Mullings’ attempt was blocked with the rebound falling to Beattie, who struck wide.

Stansted’s second half threat paid off on 65 minutes as they drew first blood. The Airportmen had a free kick in a good position which was taken by Hammond as the ball went through everyone and into the back of the net. At last a goal was scored and it went the way of the home side.

However, their advantage only lasted three minutes as Cockfosters levelled to make it 1-1. Some good work on the far side by former Stansted man Mullings saw him shrug off the challenge of Carvalho, squaring to Clarke who tapped home from close range.

Cockfosters player-manager Ryan Wade was brought on with 13 minutes left and nearly made an instant impact from a free kick but struck wide. The home side were looking to regain their lead and some good link-up play saw Ramsay play Hammond through who found his effort blocked.

With five minutes to go, the home side came very close to scoring a potential winner. The ball was crossed into the middle as Salako cushioned it down to Carvalho with his close range attempt crashing back off the crossbar. Another huge chance came the way of Stansted in the closing stages with the ball falling to substitute Ash Siddik, whose effort was blocked.

It proved to be the final chance of the game as the match ended all square at one-apiece. It was a fair result for both sides, who each played very well and will feel disappointed not to have come away with all three points. 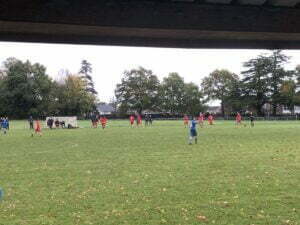