Stansted hold out for one goal victory over Woodford 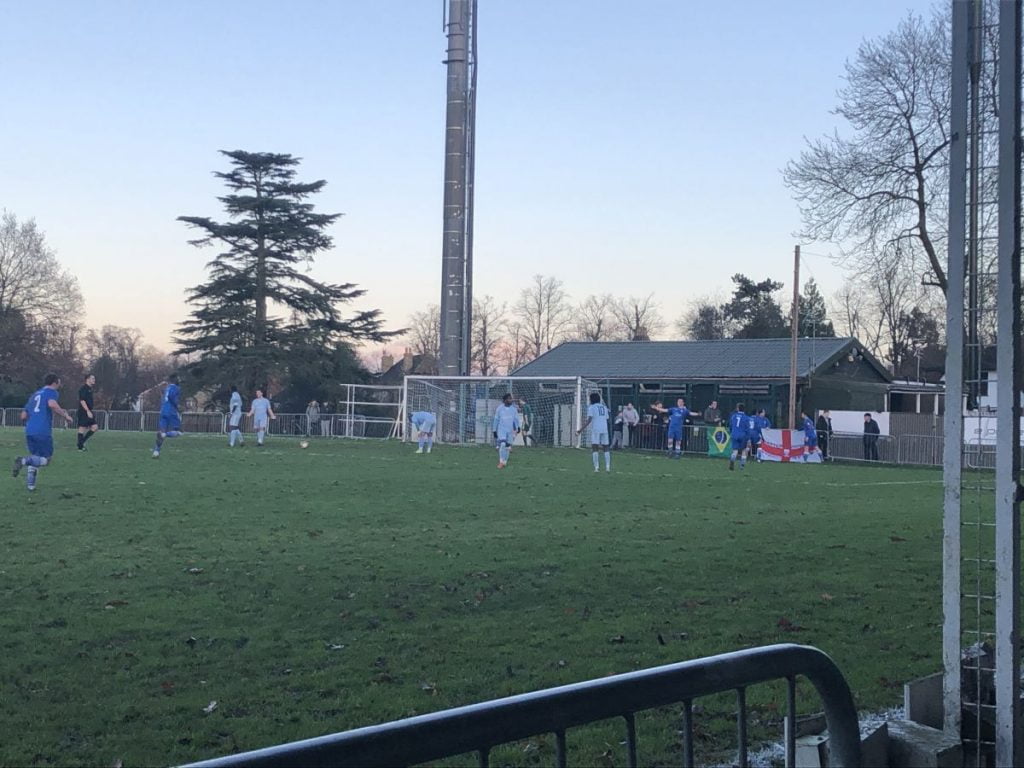 A first half goal from captain Billy Coyne proved enough for Stansted as they defeated bottom-of-the-table Woodford Town 1-0. In what was their first match back since the second national lockdown, the Airportmen dominated the first half and took the lead thanks to a goal from Coyne as they had a one goal advantage at the break. Stansted continued their threat in the second half as they went in search of a second goal. However, despite not adding to their lead, the home side held out for three points in what was a cold afternoon at Hargrave Park. 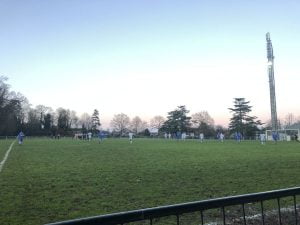 Two minutes into the game, Woodford Town had the first chance of the game as a free kick was delivered in and a header from Mazaki Toussaint was caught by ‘keeper Jarvis Monk. Meanwhile, eight minutes later, Stansted began to threaten in front of goal as Ash Siddik’s cross field ball was saved by Rasmus Kriisa. Not long later, the home side were very close to breaking the deadlock as Coyne’s free kick was headed onto Connor Hammond as his attempt was kept out by Kriisa.

However, Stansted didn’t have to wait too long to go in front as on 22 minutes, the ball was in the back of the net. A great attacking move from the home side ended with Jordan Palmer cushioning the ball down to Coyne, whose deflected effort beat the goalkeeper to make it 1-0. It was certainly a deserved lead for the hosts having threatened up to that point.

Four minutes later, Stansted had a good chance to double their lead as Jack Mitchell’s attempt on the edge of the area proved easy for the goalkeeper. Up the other end, the away side were looking to get level but Cameron Lyttle’s shot dragged wide.

Both sides were struggling to create chances throughout the first half in what were difficult pitch conditions with both goalkeepers having very little to do. Woodford did an opportunity four minutes before the interval as Toussaint’s low driven effort was comfortable for Monk. That was the final attempt of the first half as Stansted went in at the break one goal to the good as they looked to extend their advantage in the second half. 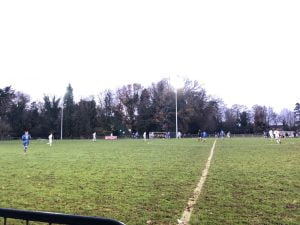 The second half proved to be quiet chances wise as neither side were able to create much in front of goal mainly down to the conditions of the pitch. The first chance of the half came on 65 minutes as a header from Ardazan Ghamkar was caught by Monk.

The home side were looking to put some distance between them and their opponents and Mitchell almost added a second goal after making a great run towards goal but his final effort skewed wide. With 14 minutes to go, Ash Siddik came close to doubling Stansted’s lead as his shot on the near side was saved by Kriisa.

In the 85th minute, substitute Joe Howard had an effort on goal from a long way out but the Stansted man struck off target. Woodford came very close to levelling the match in the final minute of the game as Toussaint’s shot on the edge of the area was kept out brilliantly by Monk. The save proved to be crucial for the hosts as they held on for the win.

The win for Stansted meant they returned to winning ways having lost to Hoddesdon prior to lockdown as they closed the gap on leaders Hashtag United to two points. As for Woodford, they remain rooted to the bottom with just one win from their first 12 matches. Stansted will be back in action on Monday as they are away at West Essex whilst Woodford will be facing the Stags next Friday night. 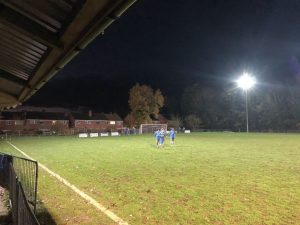