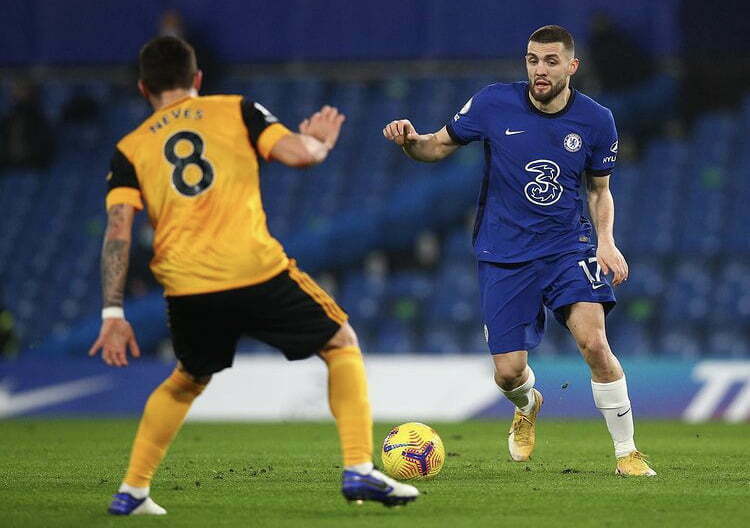 It wasn’t to be the perfect start for new boss Thomas Tuchel as Chelsea were held to a goalless draw at home to Wolves. The Blues had dominated the match throughout but just couldn’t break down a stubborn Wanderers meaning both sides had to settle for a point as it ended Chelsea 0-0 Wolves. 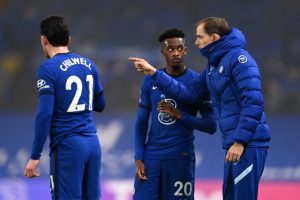 In Thomas Tuchel’s first match as Chelsea manager, the German opted to make ten changes from Sunday’s 3-1 win over Luton in the FA Cup. Edouard Mendy returned in-between the stick with a back three of Cesar Azpilicueta, Thiago Silva and Antonio Rüdiger. Ben Chilwell and Callum Hudson-Odoi played as wing-backs with Mateo Kovacic and Jorginho alongside each other in midfield. Hakim Ziyech, Kai Havertz and Olivier Giroud played in the front three for the Blues. Mason Mount and Timo Werner were the most notable players to be dropped by Tuchel.

As for Wolves, Nuno Espírito Santo played his usual three-at-the-back and made six changes from the FA Cup game against Chorley. It was the same back three as Rui Patricio replacing John Ruddy whilst Ruben Neves and Nelson Semedo came back into the starting eleven. Meanwhile, in attack, Daniel Podence returned from injury to play at CAM whilst Pedro Neto and Adama Traore started as the two strikers. There was a place on the bench for new signing Willian Jose, who joined the club from Real Sociedad a few days ago.

With five minutes played, Chelsea had the first chance of the game as Hudson-Odoi crossed the ball into the middle to Giroud but the Frenchman just couldn’t get a touch to convert. The Blues dominated the opening 15 minutes and had the lions share of possession. Ziyech had a shot on goal on 20 minutes but the Moroccan’s effort was easy for Patricio. 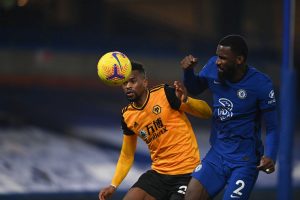 Meanwhile, up the other end, Wolves had their first sight on goal as a free kick by Neves was hit over the bar. With half-an-hour played, Chelsea continued to threaten as a good cross by Hudson-Odoi was met by Chilwell but could only volley off target. It was closest both sides had come to going in front.

The home side had another effort on goal as Ziyech delivered in the free kick to Rüdiger at the back-post, whose header was caught by Patricio. Moments later, Wolves came close as Neto’s cross was headed inches over the bar by a unmarked Dendoncker. That proved to be the final chance of the first half as the sides went in at the break goalless.

The home side dominated the first half but had done very little to threaten in front of goal. However, there had been a much different energy to the side in Tuchel’s first game in the dugout. As for Wolves, they had made the most of their opportunities on goal but could find the breakthrough. There was certainly plenty to play for in the second half. 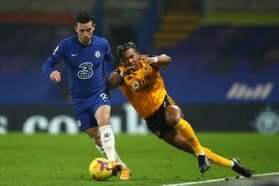 The first ten minutes of the second half proved very quiet as neither side threatened in front of goal. In the 58th minute, Azpilicueta delivered in a great cross to Giroud but Coady was on hand to make a block. The home side had a great chance on the hour mark as Kovacic played Havertz through, who laid it back to Chilwell, who fired over the bar.

Chelsea continued their search for the opening goal as Ziyech’s cross came to Giroud but the Frenchman couldn’t get enough power on the shot. The threat from the Blues kept on going as Chilwell’s cross to Giroud was cleared into the path of Havertz as his effort deflected over. However, Chilwell was in an offside position when the ball was played to the left-back.

With 20 minutes to go, Wolves had a rare breakthrough as the ball came to Neto but the Portuguese’s chipped effort was just over. Not long after, new signing Jose was brought on for his debut for the away side as Podence came off. Neves had an attempt on goal for the visitors on 76 minutes but it sailed well wide. 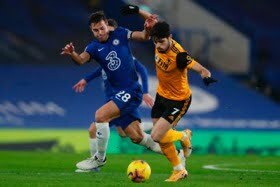 Heading into the closing stages, Tuchel made a double substitution as Chilwell and Giroud came off for Christian Pulisic and Tammy Abraham respectively as Chelsea went in search of breaking the deadlock. With eight minutes to go, the home side had a glorious chance to take the lead as Ziyech laid the ball off to Kovacic, whose shot was curled just whiskers wide.

Mount was the third and final player to be brought on for the Blues as he came on in place of Ziyech. Chelsea kept on knocking at the door of the Wolves goal and with five minutes left, Hudson-Odoi’s deflected effort drew a good save out of Patricio.

With the final chance of the game, Mount delivered in the corner which reached the head of Havertz, whose header was cleared away by Jose. That was the very last action as the referee blew for full time in what was a frustrating result for the Blues. However, on the other hand, it was a hard fought point for Nuno Espírito Santo and Wolves. 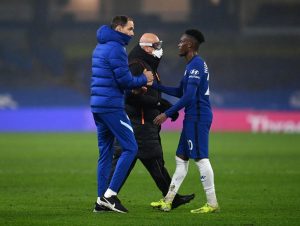 It may not have been the winning start Thomas Tuchel had hoped for in Chelsea 0-0 Wolves but there were plenty of positives for the German to take into the next match.

A point was certainly better than none and the first win will surely come in no time. Tuchel had only been appointed 24 hours earlier so expecting a victory was a lot to ask for. It should be noted that Wolves offered utterly nothing and never looked likely to show any sort of expressive, attacking football from open play.

Tuchel will have another opportunity to pick his first win in charge of Chelsea as they welcome Burnley to Stamford Bridge at midday on Sunday. Meanwhile, for Wolves, they head to South London on Saturday to take on Crystal Palace at Selhurst Park.