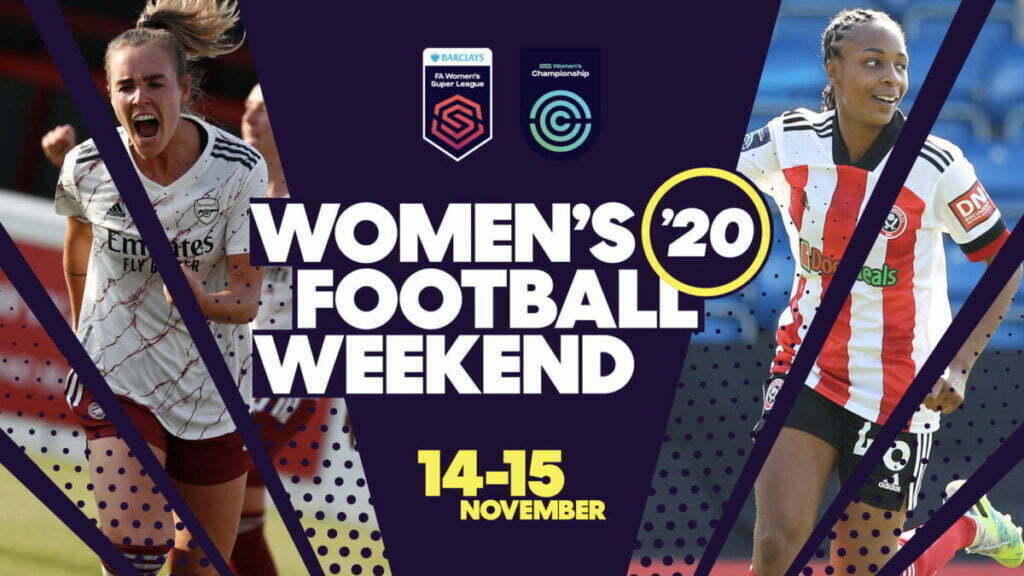 However, all hope is not lost as this weekends upcoming Women’s Football Weekend has you covered to cure any lockdown boredom. There are some exciting matches to look forward to on Saturday and Sunday so sit back, relax and enjoy some entertaining football from the Barclays FA Women’s Super League as well as the FA Women’s Championship.

The idea of Women’s Football Weekend is to encourage supporters to capitalise on the opportunity to back women’s football and tune into live fixtures taking place this upcoming weekend to hopefully attract many more people into following it. The inaugural Women’s Football Weekend was introduced last year as over 75,000 fans attended matches across the top two levels of the women’s game.

Unfortunately, this year will be different due to the impact of the COVID-19 pandemic forcing games to take place behind closed doors. However, the Football Association (FA) has ensured every game will broadcast so you will be able to tune into every single WSL match across the weekend. Every game from both divisions will be shown live on FA Player, which came be download across all devices where all you need to do is create account and you’ll be good to go.

The most stand-out fixtures this weekend involve two huge clashes between sides at the top. Current league leaders Manchester United take on Manchester City in the Manchester Derby on Saturday as the away side have made a slow start to the campaign. Not only that, it’s 2nd vs 3rd on Sunday with Arsenal facing reigning champions Chelsea in an exciting London Derby.

Three other matches take place on Saturday with the first being a Second City Derby between Aston Villa and Birmingham whilst fourth-placed Everton look to continue their good start at home to sixth-placed Reading. The action on Saturday concludes with the bottom two sides in Bristol City and Tottenham facing off as both go in search of a first win of the season.

The other match of the weekend is on Sunday which sees West Ham in ninth take on Brighton in eighth as both aim to lift themselves further up the table. Further information on kick-off times and where the matches will be shown on TV are below.

Meanwhile, in the FA Women’s Championship these are the following matches scheduled; Sheffield United vs Durham, Blackburn Rovers vs Liverpool, Coventry United vs Leicester City, London Bees vs Lewes and Charlton vs London City. All five matches will kick-off at 2:00pm on Sunday where you can watch on FA Player.

The idea of Women’s Football Weekend will be yet again continue to attract further supporters of men’s sides to take an interest in the women’s games.

This weekends Women’s Super League fixtures (all matches to be shown live on FA Player):